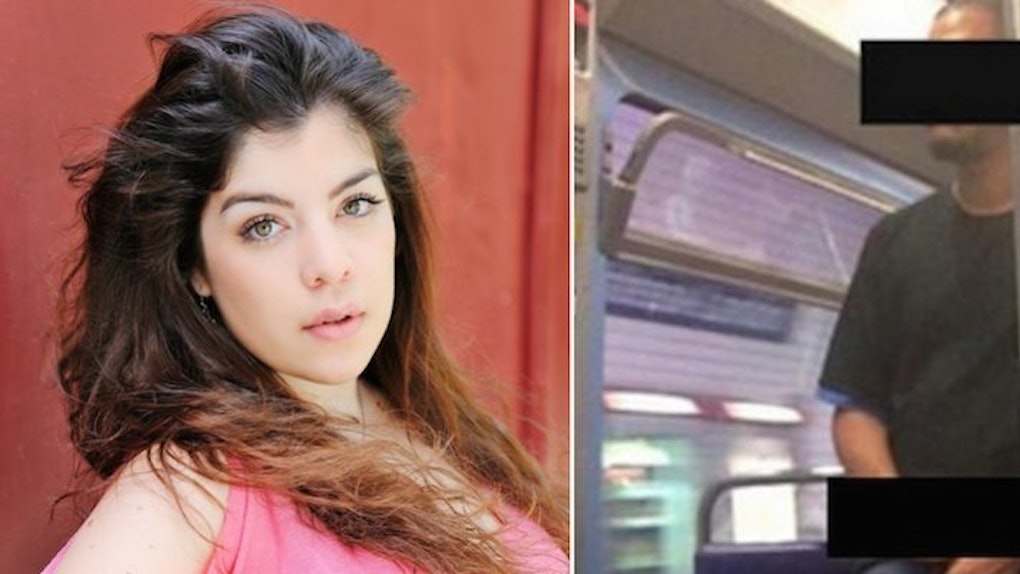 Justice was served to a man publicly touching himself on a train, thanks to a picture Camille Regnier posted to her Facebook page.

The 21-year-old actress was riding the Paris Métro when she noticed the man standing above her.

Camille snapped a picture and posted it to Facebook as part of a rant about this all-too-frequent situation.

After the story began to go viral, Regnier said she received private messages from other women who told her stories about being in similar situations.

French police also got wind of the post and contacted Camille through Facebook. The picture ended up being removed for being too explicit, but police were still able to identify the man in the post.

Unfortunately, Regnier claims things like this happen to her regularly, and it was far from an isolated incident.

If I had to complain every time this happens, I'd spend my life talking to the police.