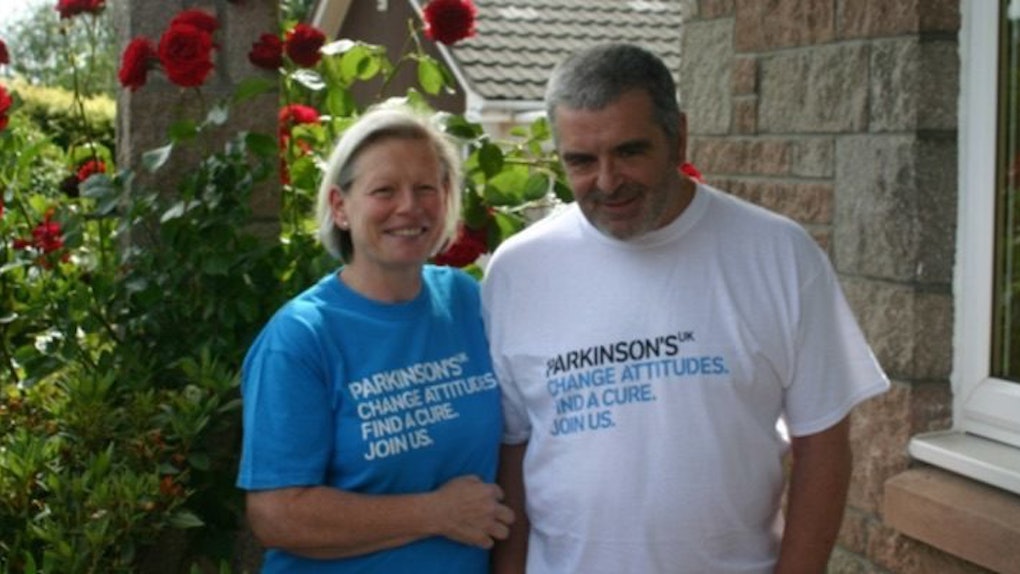 Woman Says She Can Literally Smell When Someone Has Parkinson's Disease

A Scottish woman can reportedly detect a specific smell caused by Parkinson's disease.

Joy Milne's husband, Les, was diagnosed with Parkinson's disease at 45 and died 20 years later. She claimed six years before his diagnosis, Les began emitting a "very subtle" but "musky" odor.

The 65-year-old detected that very same scent when she joined a charity called Parkinson's UK and met others with the disease, which has no definitive diagnostic test.

Milne, who is from Perth, Scotland, recently spoke of this smell while talking to a group of scientists, believing they wouldn't think much of it.

I could smell things other people didn't.

But the scientists took her very seriously and set out to test the accuracy of her claims in a study at the University of Edinburgh.

Six people with Parkinson's and six others without the disease were all made to wear t-shirts for one day, according to The Washington Post. The shirts were then given to Milne, who was tasked with figuring out whether the wearer of each shirt had Parkinson's.

She chose correctly 11 out of 12 times and stressed, in the case she got wrong, the smell was most definitely there, even though the wearer of the shirt did not have the disease.

She was right. The wearer of that shirt contacted the researchers eight months later to say he was diagnosed with Parkinson's.

That really impressed us and we had to dig further into this phenomenon.

Milne's performance inspired researchers in Manchester, Edinburgh and London to conduct a study on the skin of patients with early onset Parkinson's.

Funded by Parkinson's UK, the study will determine whether or not these patients produce specific odors due to changes in the chemicals of their skin.

If this is indeed the case, the molecular signature of this smell may be detectable in the future by wiping patients' foreheads with swabs or similarly simple tests.

Such a test could make Parkinson's much easier to diagnose because the only way to do so today is by observing symptoms. The tests could also lead to the development of better treatments, according to Dr. Arthur Roach, the director of research at Parkinson's UK.