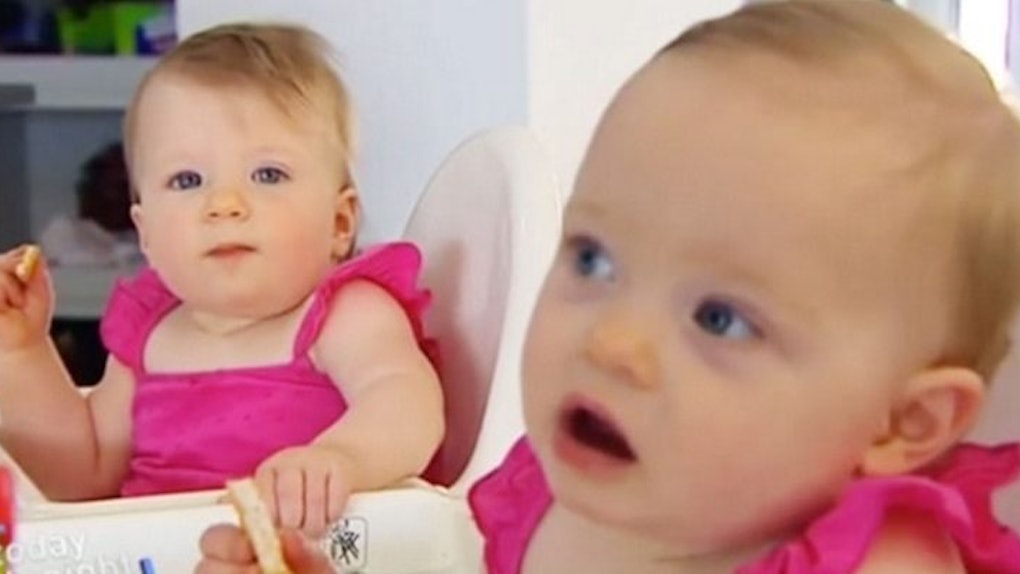 Woman Gets Pregnant Twice In 10 Days, Doctor Googles It

It's true, everyone: GOOGLE. KNOWS. ALL.

Even doctors turn to the search engine when they're stumped.

Take it from Dr. Brad Armstrong of the Greenslopes Private Hospital in Brisbane, Australia. He used Google to care for his patient after she became pregnant twice in 10 days.

I don't blame him, though! Have you ever heard of a woman becoming pregnant twice in 10 days? That's like, my worst nightmare, but I won't digress.

The rare phenomenon happened to Kate and Peter Hill, and they seem to be pretty freakin' stumped.

According to US Weekly, the condition is called superfetation — and there's only been 10 reported cases in the world.

Here's the weird part: Within the 10-day period the babies were conceived, the Hills only had sex one time.

However, Peter's semen stayed alive for 10 days after intercourse. It was then able to fertilize the second egg that Kate released. Alas, baby number two.

Apparently, Kate's obstetrician, Dr. Brad Armstrong, never saw anything like it before and was baffled by the case. Hence his need for Google.

During an interview with "Today Tonight," Armstrong spoke about his mind-boggling journey trying to find answers. He said,

I could not find any literature in the medical review websites at all. I had to go and Google it.

Hopefully, the search engine was able to give him the answers he sought.

I don't have any doubts, though. Google has never let me down before.

Either way, Kate and Peter's babies were successfully born two days before a planned cesarean section, regardless of their separate due dates. Their names are Charlotte and Olivia.

Kate spoke with "Today Tonight" on November 9 about her daughters and said,

They are definitely little miracles.