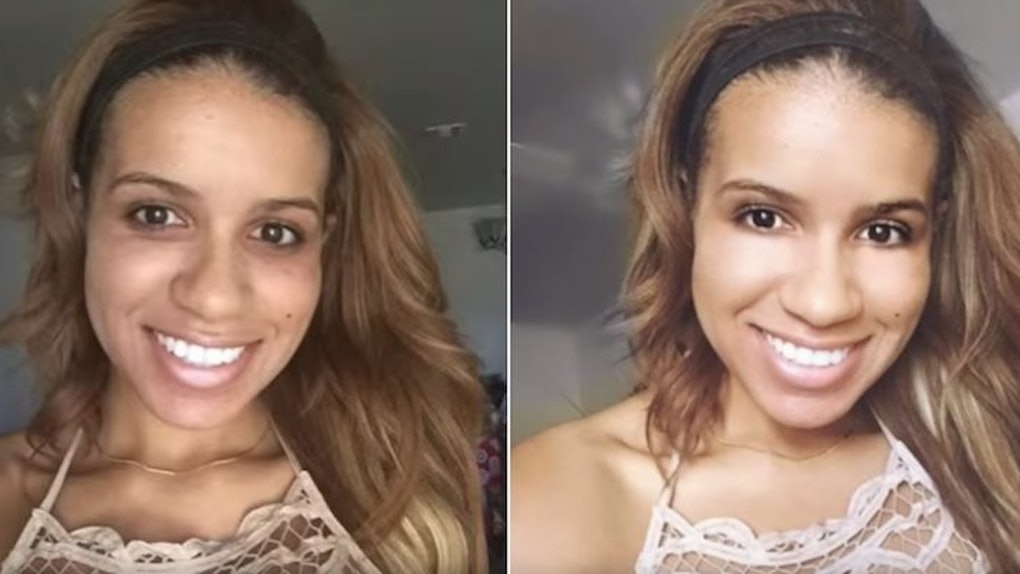 Women have long suspected when a man tells you he prefers the “natural” look, he really means he prefers you use near-professional cosmetic skills to appear makeup free and yet entirely flawless at the same time.

Modern retouching technology allows women to look like they're magazine-ready from the convenience of their smartphones, which is as technologically exciting as it is socially upsetting.

One YouTuber set out to discover if men actually prefer the faux flawless look or if the pressure women experience is self-inflicted.

Alexa Mitchell aka Maican Girl took three selfies and uploaded them, unretouched, to her Tinder profile.

Next, the beauty vlogger retouched the same three photos using the Relook app and, once again, swiped right on 100 men and waited five hours.

The result? A killer 73 matches.

With a second-round result totaling over four times her original matches, it's difficult to argue the evidence.

There's no word on whether or not any of Mitchell's 200 swipes resulted in a date, but odds are slim she met up with any of the guys from round two.

Citations: This Girl Went Makeup-Free On Tinder To Show What Guys Are Really Like (MTV)