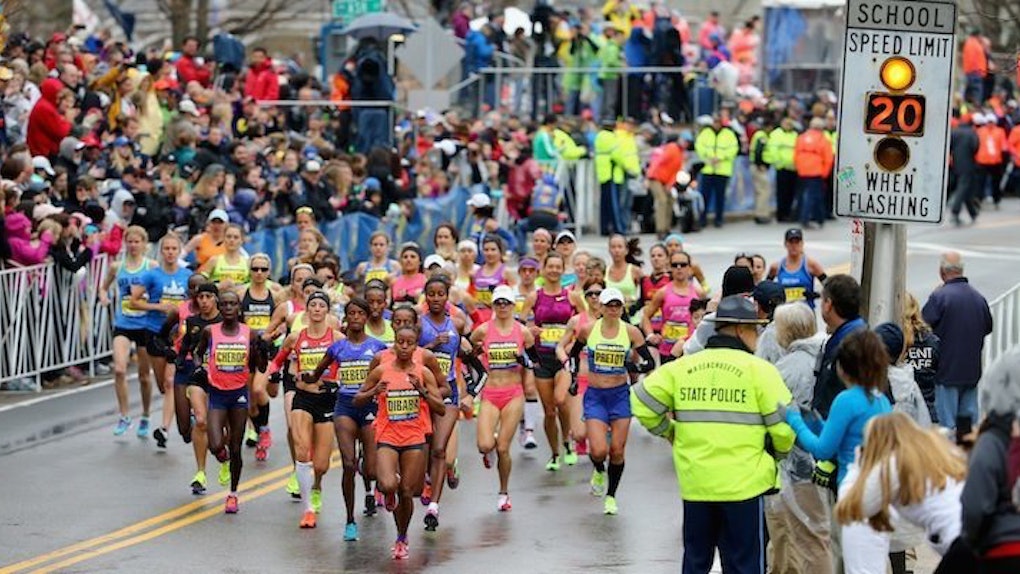 A woman who lost a leg in the Boston Marathon bombings will reportedly run the race this year.

According to the Associated Press, Adrianne Haslet-Davis was standing by the finish line cheering on the other runners when the bombs were set off in April 2013.

She recalled hugging her husband after the first bomb detonated down the street, knowing another explosion would come at any moment.

The second bomb tore through her left leg, which had to be amputated below the knee.

But, Haslet-Davis made a promise to herself after the attacks she would one day run the 26.2-mile Boston Marathon.

She now uses a carbon-fiber blade to train for the race, and she resumed her career as a professional ballroom dancer.

Haslet-Davis ran the last few blocks of the 2014 Boston Marathon with her brothers and danced across the finish line of last year's race with a partner.

On Tuesday, Haslet-Davis confirmed she will indeed be participating in the 120th Boston Marathon on April 18.

Back in 2013, I vowed to dance again and made a pledge to run the Boston Marathon. I've since danced, and on April 18, 2016, I will make good on that promise. I knew it would be powerful if I were able to do that -- not only for myself but for other amputees who are saying, 'I can't do this or that.'

Haslet-Davis told the AP she's "really excited and slightly terrified" of the race, partially because she admittedly "couldn't run a block" until she stepped up her training regimen.

Her promise, she joked, was made when she was "doped up on Vicodin."

Haslet-Davis will also run to raise money and awareness for Limbs For Life, a charity that gives prosthetic limbs to amputees who otherwise would not be able to afford them.

For her to be able to do this three years after the loss of her leg is exceptional. It's a tremendous road back. She's reached some incredible milestones.

The Boston Marathon bombings killed three people and injured over 260 more. The bombers were two brothers of Chechen descent.

Police fatally shot the older brother, Tamerlan Tsarnaev, in the days to follow, and captured his younger brother, Dzhokhar, shortly after.

Last May, the 22-year-old was sentenced to death.