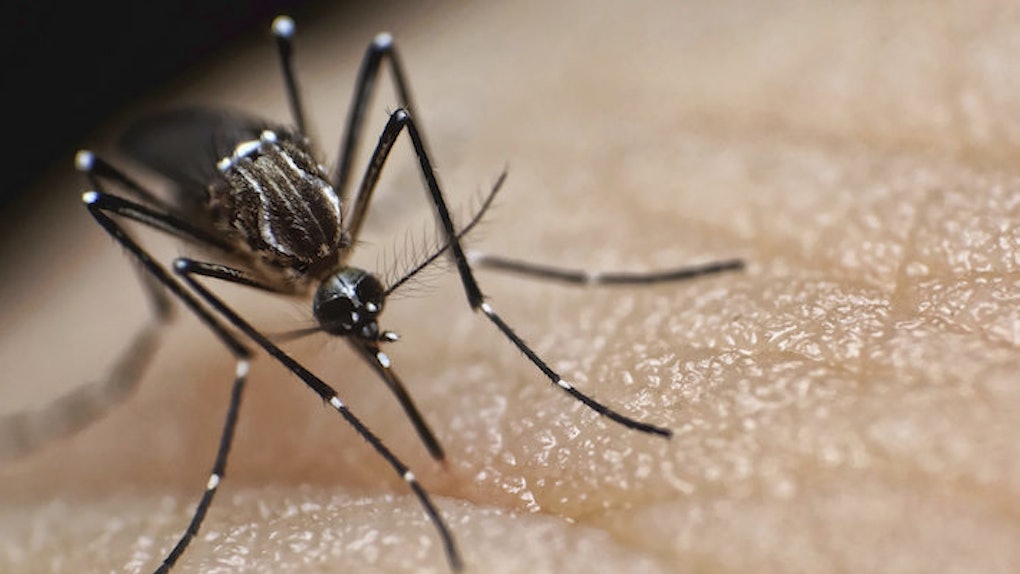 Woman Loses Some Vision After Being Bitten By Mosquitoes On Vacation

A UK woman caught a virus while on vacation and lost most of the vision in her right eye.

According to CBS News, the 69-year-old traveled to the Caribbean island of Grenada in July of 2014 and returned home the following month.

Mosquitoes reportedly bit her during the vacation, resulting in fever, rash, joint pain and weakness in her facial muscles.

A doctor on the island gave her steroids, which seemed to vanquish most of her problems.

But soon after arriving back home, the woman found herself experiencing blockage in part of her right eye.

Dr. Abhijit Mohite, who treated the woman, told LiveScience in an email,

Her main symptom was that she felt she could not see the lower half of her vision in the right eye. This had come about only a day before she came to see us, and about three weeks after she returned from Grenada.

Her ability to see straight ahead with both eyes was normal when doctors began testing for diseases, but in a matter of days, her right optic nerve swelled to the point where 20/20 vision became 20/80.

When looking at an eye chart, the woman could allegedly only read as far as the third line from the top.

The virus known as chikungunya was found in her blood two days after her first appointment for her eye, but she needed to be tested for other conditions before treatment could be prescribed.

One of the main risks of high-dose steroids is that they can exacerbate an infection, if she had another infection somewhere else in the body. This is why we had to await all the other tests before we could start steroids, and this took six days.

It reportedly took six days for doctors to conclude the woman's symptoms were indeed caused by chikungunya and not conditions such as HIV, syphilis, Lyme disease or dengue fever.

Doctors eventually gave her steroids to curb the swelling, but by the time the tests had been completed, approximately half of the nerve cells in the optic nerve had died.

The woman would never regain her lost vision.

She is the first UK woman known to have sight damage from chikungunya, and there's no vaccine for the disease.

Caribbean visitors are urged to seek treatment immediately after being bitten by disease-carrying mosquitoes; the ones carrying chikungunya fever can be identified by their black and white legs.