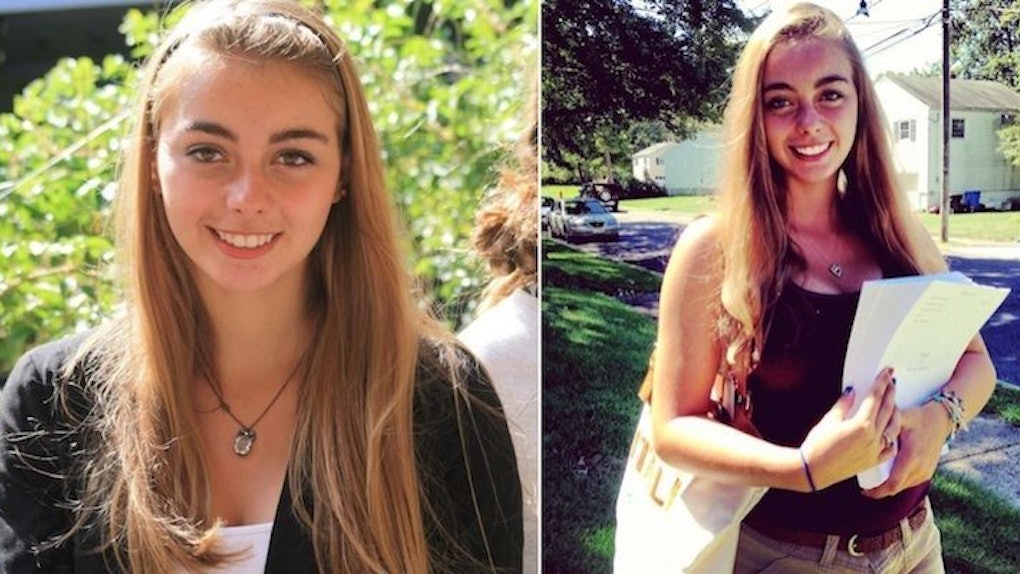 Woman Faces Backlash After Saying She's Judged For Being 'Pretty'

Felicia Czochanski's article “People Judge Me Because I'm Pretty” reads as one of those slow-burning tragedies where, as the reader, I wondered whether or not I still had time to find her to say,

Sadly, there is not still time.

Were this 155 years ago, I could have stopped the horse-led delivery system carrying Czochanski's draft before it reached the first Pony Express relay station, but this is 2015, and news travels too fast.

In her article, the Cosmopolitan contributor, who describes herself as “5-foot-5 with blonde hair, big hazel eyes, 34DDs, and toned calves,” laments reactions to her (super great) looks.

Imagine how it feels to have heads turn and all eyes on you when you are simply trying to get to where you need to be… Coming to terms with being perceived as 'beautiful' wasn't easy.

Czochanski does, to her credit, highlight a few key elements of the existing issue of unwanted sexual scrutiny faced by women daily, however, even these fleeting moments of philanthropy are couched in the first-world complaints of someone who is sticking up more for herself than the team.

People seemed to forget or simply ignore my accomplishments. They disregarded the fact that I'm an athlete, I'm intelligent, and I'm incredibly ambitious. Others did not bother to look past my appearance and actually get to know me, satisfied with the kind of person I looked like I could be.

Czochanski's struggles are nothing new, but the writer treats them as a personal novelty, ignoring the fact surface-based judgements were fuel for many of the darkest tragedies in recent American history.

Upon reading Czochanski's post, commenters went for their favorite place on all of planet Earth: that sweet, tender jugular.

Is this girl serious? She can't be serious. Does she own a mirror..

This isn't satire? Girl, you're about average. Truly pretty girls intimidate the average man on the street into silence. So fall back and get over yourself.

One reader pointed out,

The point is there, but the tonality is all wrong. As a professional writer, she should have a better understanding of how not to portray herself as a total brat.

The aspiring magazine editor's article is a quality reminder that the way one delivers a message is perhaps as important as the message itself.