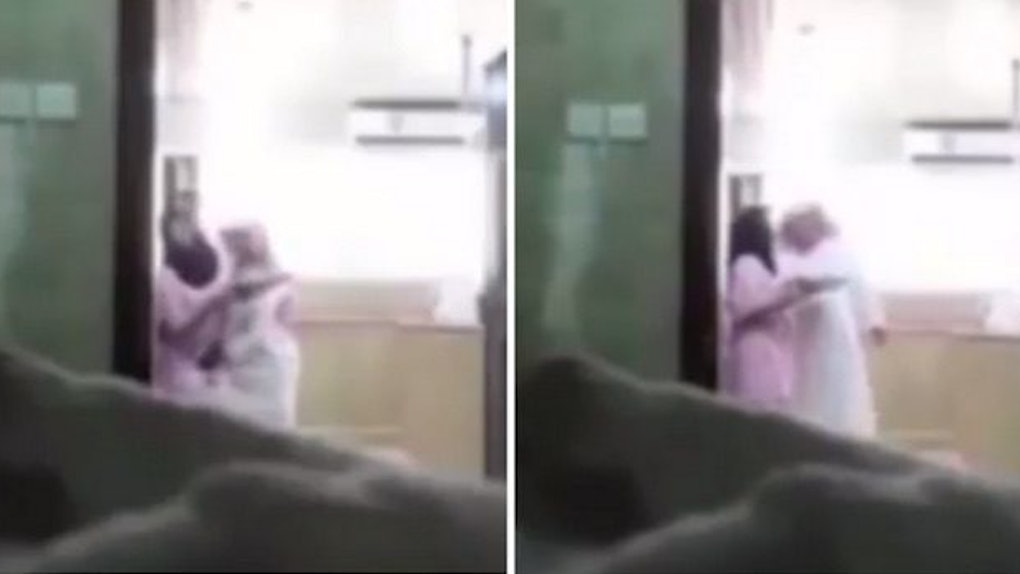 A woman from Saudi Arabia may have broken the law by secretly filming her husband cheating on her with the maid.

The video showed the husband groping the maid in the kitchen before kissing her with his back to the camera, Daily Mail reports.

The wife allegedly uploaded the footage to YouTube alongside the caption,

The minimum punishment for this husband is to scandalize him.

It wasn't long before the footage found its way to social media and #SaudiWomanCatchesHusbandCheating reportedly became the most popular hashtag in the Gulf states.

But a prominent Saudi lawyer believes the woman may go to jail due to Saudi Arabia's laws against online defamation.

She faces up to one year in prison or a fine of SR500,000 [$133,2328] for defaming her husband in line with the law on information technology crimes. This law includes stiff punishment for anyone using mobile phones with camera or other equipment to photograph others and defame them.

Saudi bloggers had different opinions on whether or not the wife made the right decision in posting the video online, according to Gulf News.

Male blogger Al Mezzen believed the wife may not have been aware of the outcome of her actions. He reportedly said,

She did not know how to handle the situation. What she did in fact was to expose her private life and problems for everyone to see. The situation is compounded if they have children because there will be dire consequences. She has to live with the consequences of what she did.

I salute you warmly for your valiant courage. You did the best thing because there was an urgent need for revenge and your revenge is the best.

Others who supported the wife allegedly claimed public shaming can prevent future acts of infidelity.

Citations: Saudi husband is caught groping and forcing himself on his maid after his suspicious wife set up a hidden camera but now SHE faces going to jail (Daily Mail), Wife catches husband cheating posts clip (Gulf News)