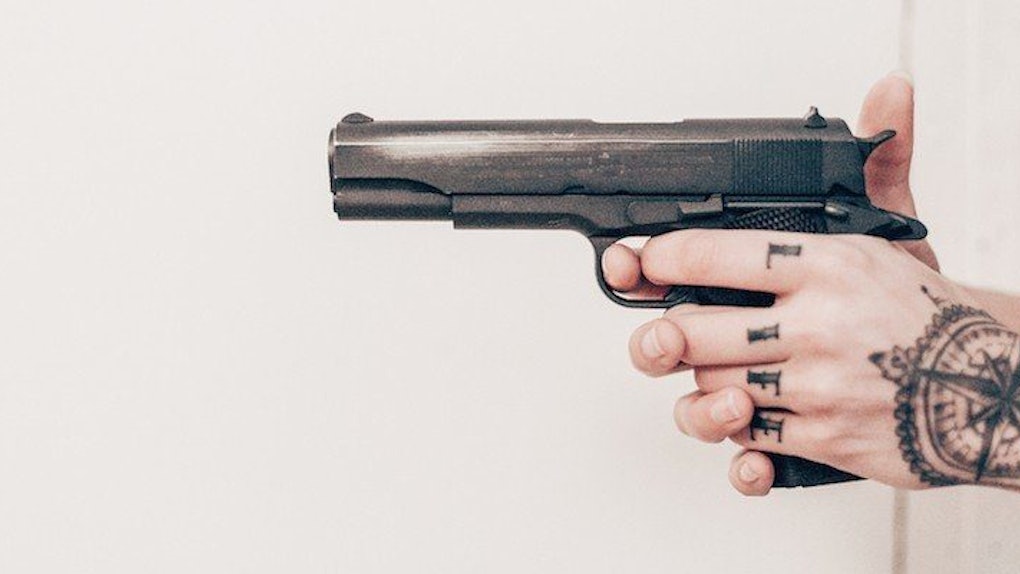 A Texas woman was reportedly discovered to be hiding a loaded pistol inside her vagina following a drug bust.

According to USA Today, police officers in Waco, Texas pulled over Gabriel Garcia, 30, and Ashley Cecilia Castaneda, 31, for a traffic violation at a little before 11 pm on Monday.

Under the driver's seat, officers supposedly found 2.7 grams of methamphetamine. Another 29.5 grams of the drug, along with several digital scales, were allegedly found in Castaneda's purse.

The officers and suspects were on their way to jail when Castaneda told one officer she had a loaded gun inside her vagina.

A female officer searched Castaneda discovering she had in fact placed a loaded Smith and Wesson pistol inside her body cavity. The weapon had a round chambered and a full magazine of bullets.

Swanton said while classic guns like this don't turn up too often, this is far from the first time a weapon was found within an individual's genitalia, Mashable reports.

People don't believe that this happens in real life. It happens much more than your average citizen would ever know.

Garcia and Castaneda were pulled over within 1,000 feet of an elementary school, so they were charged with possession of methamphetamine in a drug-free zone, according to police reports.

Castaneda was additionally charged with manufacturing/delivery of a controlled substance in a drug-free zone and unlawful possession of a weapon.

Garcia's current whereabouts were not disclosed, but as of Tuesday afternoon, Castaneda was being held at McLennan County Jail for multiple bonds totaling $31,000.