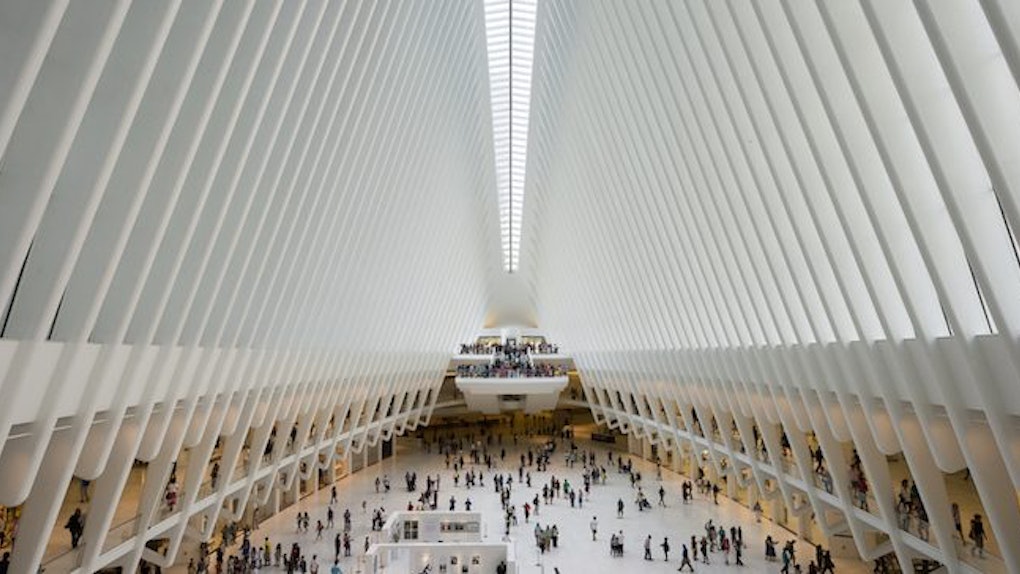 Woman Falls To Her Death In World Trade Center Oculus

Jenny Santos was reportedly trying to catch her twin sister's hat that had been dropped from an escalator in the new World Trade Center Oculus when she fell over the railing around 5:30 Saturday morning.

The 29-year-old from Kearny, NJ, was on the Greenwich Street side of the station when she reached too far over the railing for the hat, which according to a Port Authority worker, her twin had jokingly thrown.

She was able to catch it, but she was too off-balance and fell 34 feet to the main concourse of the train station.

Santos was taken to Bellevue Hospital in Manhattan, but she was pronounced dead at the hospital, NY Daily News reports.

In response to the tragic scene, a Port Authority employee was overheard saying, "How sad is this? To lose your life over a hat. It's unbelievable. A fucking hat," NY Post reports.

When speaking of Santos' sister, who is reportedly named Jessica, the man said to two of his co-workers, "I don't even want to think about what she's going through."

Witnesses of the scene tell the NY Post Santos appeared to have died as soon as she hit the floor. One construction worker said,

There was a lot of blood. That was it. There was nothing you could do. She wasn't going to make it ... and the way she was laying…

Santos' sister reportedly screamed and rushed over to her twin's body immediately after the fall. According to reports, she is now in a local hospital being treated for trauma.

This is the first death to occur at the Oculus. It cost $3.9 billion to build and was opened in March 2016. It was built to replace the New Jersey PATH terminal that was destroyed in the September 11, 2001 terrorist attacks.

Train passengers can access 11 other New York City subway lines at the station.

According to Santos' LinkedIn profile, she received her BS from William Paterson University of New Jersey and briefly worked as a student teacher back in 2012.

Our hearts are with her family and friends.