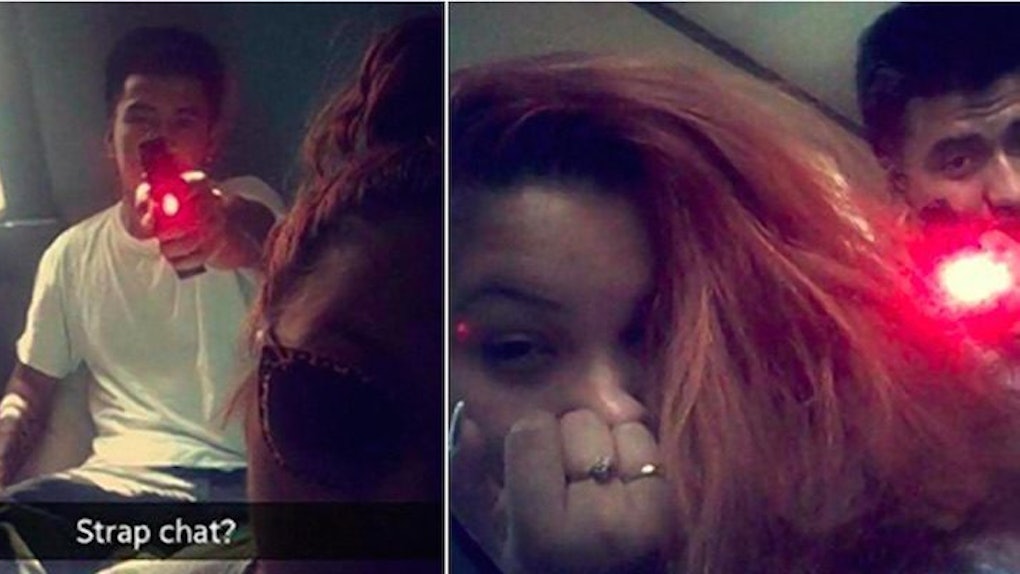 Sadly, it was the very weapon featured in her photos that allegedly caused the 21-year-old's death later that evening, New York Daily News reports.

According to police, Gonzalez was arrested Monday and charged with first-degree murder.

The photos from Sunday showed the 20-year-old pointing his weapon at the back of Hernandez's head.

One picture included a look at the ammo.

In an interview with ABC 7, Jaquinlan Davis, a friend of the couple, described Gonzalez as “a bad influence.”

Hernandez's two daughters, who are 3 years old and 8 months old, now face the reality of lives without their mother.

My nieces have been crying all night… I haven't told my 3-year-old niece anything yet. She knows something is wrong because she wants her mom.

Other relatives mentioned Hernandez's plan to start a new job Monday and said Hernandez only recently moved into the apartment where her body was discovered.