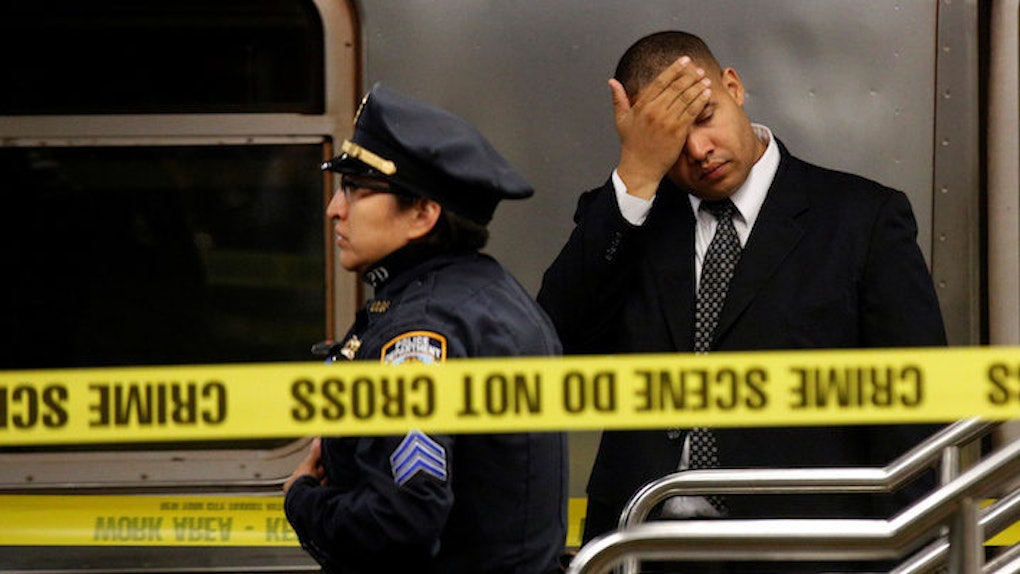 Stranger Pushes Woman In Front Of Subway In Times Square

A woman was allegedly pushed in front of a subway train after having an argument with someone in Times Square.

Connie Watton, 49, of Queens, was killed by the carriage as it arrived at 42nd Street station at 1:20 pm on November 7.

Melanie Liverpool-Turner, 30, was arrested and charged with second-degree murder.

Watton had been arguing with a woman before she was pushed, according to witnesses.

Some sources say it was Watton and Liverpool-Turner who were arguing, while others say, "Watton and another another woman were arguing."

Authorities believe Liverpool-Turner and Watton are not known to each other.

The train operator was taken to Mount Sinai West to receive help for emotional trauma in the immediate aftermath.

It's a horrible incident, and your heart goes out to this family and this victim.

I was scared. I just saw a woman push another down to the track.

An investigation of how the alleged attack happened is underway.

Police will review CCTV footage of the incident in a bid to gather answers.

Authorities are trying to work out whether this murder is linked to the death of a 27-year-old woman at the Union Square station on October 19, the New York Daily News reports.

It was originally deemed a suicide, but sources say authorities are now reviewing the death, according to Evening Standard.

Historically, the number of subway-related deaths in New York City have been determined as suicide.

A study, published in the Journal of Forensic Science, analyzed subway deaths from January 1, 2003 to May 31, 2007 in order to determine which factors are useful in differentiating accident from suicide.

There were 211 train fatalities during this time.

Most, 111, were deemed as suicide. A total of 76 were classed as an accident, 20 were undetermined and four were murders.

Cause of death was mainly blunt trauma, but five of those died from electrocution.

Outside of New York's underground, there is better news.

The number of traffic-related deaths fell to 230 last year from 257 in 2014, according to reports issued earlier this year.

The majority of those killed on New York's roads are pedestrians.