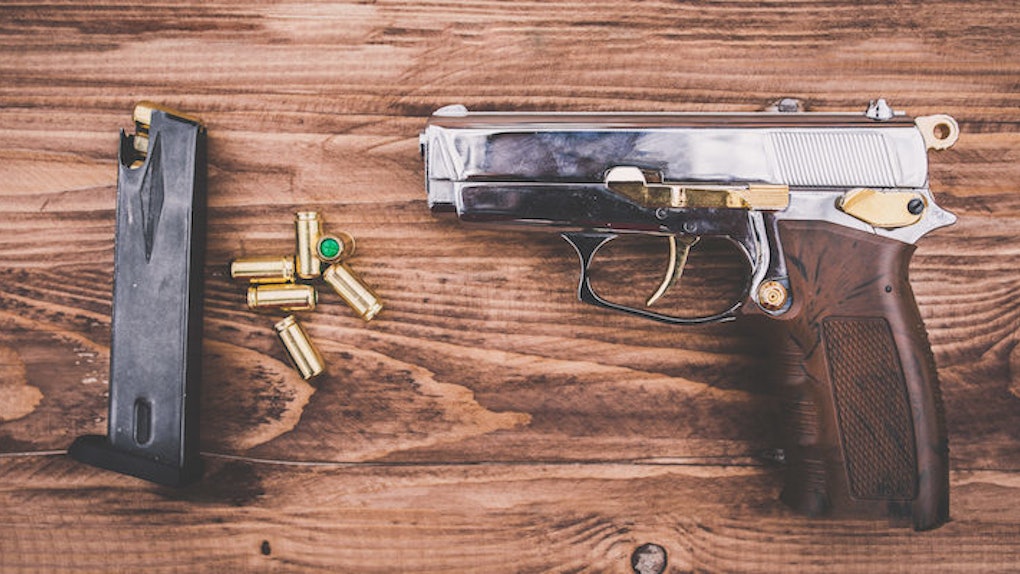 A woman was shot in an ironic accident over the weekend when her dog, Trigger, stepped on a loaded gun, causing it to misfire.

Talk about a self-fulfilling prophecy.

Allie Carter, 25, was hunting with her 10-year-old chocolate lab in Northern Indiana when the accident occurred.

According to reports, Carter had laid her 12-gauge shotgun on the ground but, unfortunately, neglected to turn on the safety.

This small oversight became a serious error when Carter's dog stepped on the trigger, inadvertently firing a bullet into Carter's foot.

Carter was treated at a local hospital for minor foot injuries and is expected to make a full recovery. Her dog, Trigger, was unharmed.

Boyd recommends turning on the safety whenever the gun is not in use and keeping the gun pointed away from you, and any bystanders, at all times.

Local hunter and Marine veteran Deloren Thompson suggests signing up for a hunting education course prior to handling a firearm. Thompson adds,

It's very important [to have gun safety training]. From kids on up, if you're going to use a gun, know the safety and know how to use it when you use it.