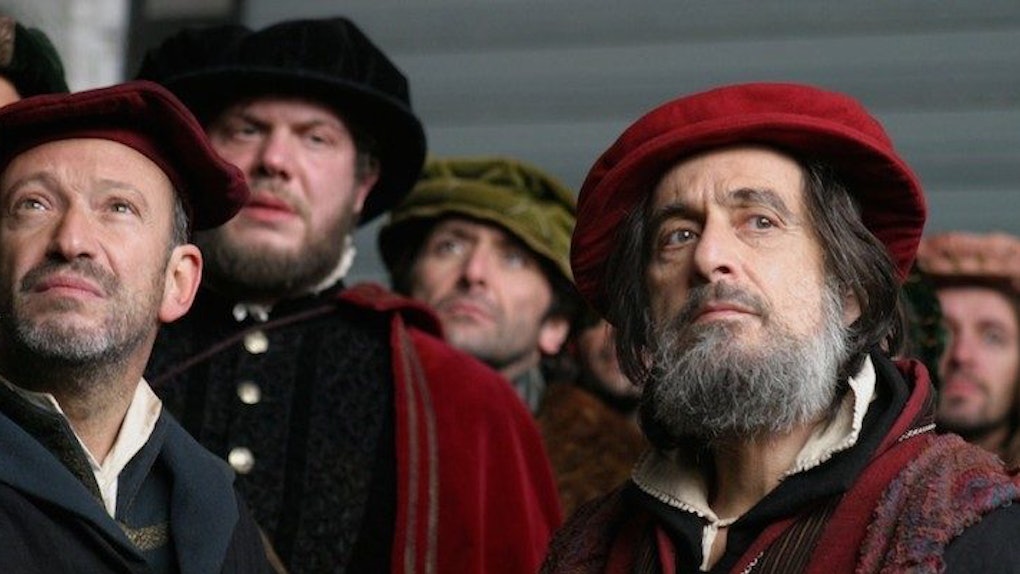 To Smoke Or Not To Smoke: Shakespeare's Tobacco Pipes Contained Weed

This whole article is aimed at my 11th grade English teacher, Mrs. Danson.

Hey, Mrs. Danson! I remember when you used to say stuff like, “George Washington never crossed the Delaware by being lazy,” “Shakespeare didn't write 'Hamlet' by getting high and hanging out by a park” and “You can do great things if you assert yourself!”

Well, scientists are now saying William Shakespeare was potentially stoned when he wrote his plays -- meaning only the George Washington thing was true!

(The other thing was just a nice thing to say. Thank you for believing in me.)

According to a study in the South African Journal of Science, scientists found traces of cannabis in smoking pipes they excavated from Shakespeare's hometown of Stratford-upon-Avon.

Advanced gas chromatography methods were used to examine 400-year-old pipe fragments found around the town. Of the 24 fragments examined, eight of them came back positive for traces of marijuana, and of those eight fragments, four of them were confirmed to come directly from Shakespeare's garden.

This means there is a pretty good chance Shakespeare was baked when he wrote all those plays, and that also means I was probably right when I said it didn't sound like he was speaking English in "Romeo and Juliet," Mrs. Danson!

Two other fragments came back positive for Peruvian cocaine, and even though those two fragments technically weren't found in The Immortal Bard's garden, part of me really wants to believe Shakespeare did a rail before writing the ending of "King Lear."

The Telegraph points out Shakespeare does seem to reference drug use in some of the dialogue in his plays.

In Sonnet 76, he uses the term “invention in a noted weed,” implying Shakespeare thought it was totally fine to light up before putting quill to parchment.

So in your face, Mrs. Danson! Shakespeare did drugs, and so can I!