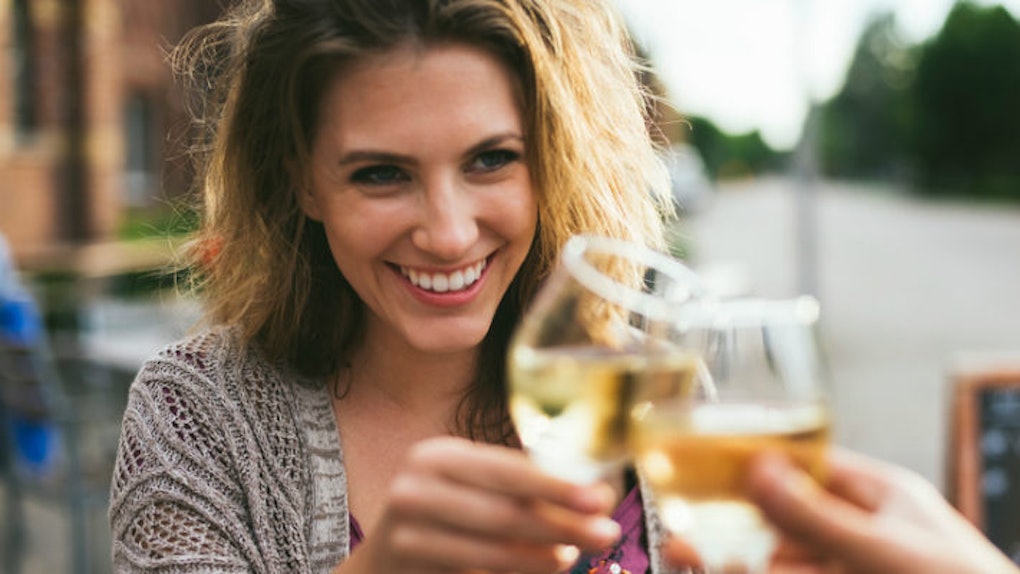 Maybe Drake was wrong when he sang,

The square root of 69 is eight-something, right? Cause I've been tryna work it out. Uh, good weed, white wine, I come alive in the night time.

But apparently, if you drink white wine, you may not be alive in the night time. Or the day...

Or ever, because according to a new study from the Brown University Warren Alpert Medical School, white wine is linked to a 13 percent increased risk of skin cancer.

Now, scientists are telling me that I can't even drown my sorrows in a perfectly chilled Sauvignon Blanc?!

A total of 210,252 participants revealed their drinking habits, residences and health history (including tanning and sunburning) to researchers. Then, they observed those who had invasive melanoma develop over an 18-year follow-up period.

Apparently, one drink a day (be that 12.8 grams of alcohol, a beer, a glass of wine or a shot of liquor) showed a 14 percent higher risk of melanoma.

Then, they found that other booze didn't show a statistically significant effect, while white wine increased the risk by 13 percent.

What is even worse is people who had over 20 grams or more of alcohol a day (two drinks) were 73 percent more likely to be diagnosed with melanomas of the torso -- an area that isn't usually exposed to the sun.

A co-author of the study, Eunyoung Cho, ScD, is an associate professor of dermatology and epidemiology at Warren Alpert.

She says that alcohol may cause skin cancer because of a compound acetaldehyde, which damages and prevents repair of DNA.

All wine has acetaldehyde, but red wine also contains antioxidants, which maybe makes it a safer choice.

Cho went on to say,

People already know that alcohol consumption is related to increased risk for many cancers and we are just adding another one to that list. For those who drink alcohol, its risks and benefits need to be considered individually–including the risk related to melanoma.

Risk? You may die.