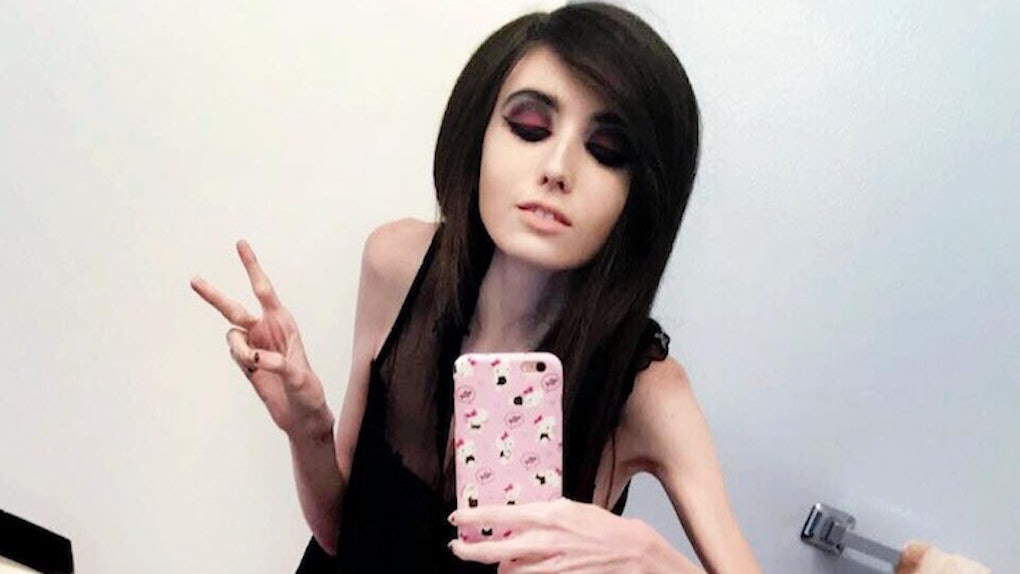 Vlogger's Weight Leads To Petition Asking YouTube To Ban Her

Internet users are debating whether or not to sign a petition to have a YouTuber banned simply due to her weight.

Thousands of people are voicing their concern over how extremely thin 22-year-old New York-based vlogger Eugenia Cooney is.

They're so bothered that an actual petition on Change.org was created and has already racked up a ton of signatures.

As a matter of fact, nearly 10,000 people have signed the petition already.

Eugenia Cooney is being accused of promoting anorexia and failing to seek help after many of her fans reached out to her regarding how underweight she is.

The 22-year-old self-proclaimed "emo" is known for her videos that feature creative costumes and random advice for her fans.

While the petition may seem career-ending for Cooney, most of her fans just want to see her get healthy. Instead of banning her permanently, the petition asks that Cooney be banned temporarily while she seeks treatment.

Eugenia Cooney has a serious medical condition and needs to seek help. She has been influencing her viewers by her serious underweight condition. She has not been getting better since the day she started YouTube, she's getting more and more sick each day. And it's honestly like she does this bodily harm to herself and shows young girls, such as her viewers on social media that it is 'okay,' to be suffering from a medical condition such as Anorexia-Nervosa.

The petition, which was said to be posted by administrator Lynn Cloud, goes on to talk about how Cooney has yet to seek treatment yet continues to influence her fanbase.

Here's a screenshot of the petition.

Fans who signed the petition commented on the post. One user admitted that Cooney's influence on her young fans is real, commenting,

My little cousin lost 17lbs because she wanted to look like Eugenia. She is now receiving care. She is only 12-years-old.

The vlogger has yet to comment on the petition or any of the reports surrounding it. However, it appears that the petition has been removed from the website.

As of now, Eugenia is still active on YouTube and has managed to rack over 800,000 subscribers on the platform.

Fans frequently comment on Eugenia's posts begging her to get help.

Most of them are aware of her influence on young women, but ask critics to be gentle while confronting her about her problem.

So, what do you think, people?

Should Eugenia Cooney be banned from creating content for her impressionable fans until she seeks treatment, or is that her call to make?