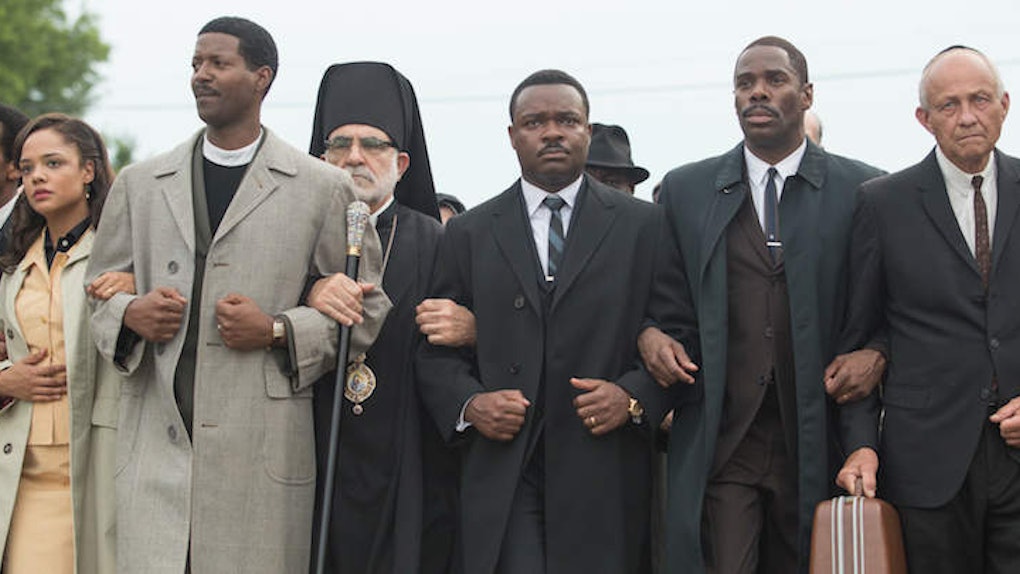 VRA Anniversary: Why This Generation Needs To Register Now To Vote

Put those #TBTs away for a minute. We need to talk about voting rights.

Listen, I get it. You found the perfect childhood photo last Friday, and you've been itching to slap a Mayfair filter on that bad boy to set your Instagram off with a good old-fashioned throwback.

All I'm saying is we need to take a minute to talk about another sacred right of ours: the right to vote.

Today marks the 50th anniversary of the Voting Rights Act (VRA), a piece of legislation that has long been considered one of the most powerful civil rights laws in American history.

Its passing signified protection against discriminatory practices meant to prevent African Americans from exercising their right to vote.

Think about that for a second. This law helped to protect the right to vote for millions of Americans, and it's not even as old as my parents. (Sorry, Mom.)

You'd think today would be a cause for celebration — and we should absolutely be commemorating the bravery of those who fought so hard for this law — but we need to open our eyes to the huge issues that accompany today's anniversary.

Two years ago, The Supreme Court gutted a major piece of the VRA by ruling that states with a history of voter disenfranchisement no longer need federal clearance before changing their voting laws.

So, can you guess what happened? Yes, those states changed their voting laws.

Despite the fact that the VRA had bipartisan support for decades, these types of voting law changes have resulted in fewer early voting days, polls closing earlier and restrictive voter ID laws that make casting a ballot more difficult for many Americans.

Raise your hand if you went to college out of state.

Here's betting you didn't get a new driver's license, and if you didn't, sorry, but some states won't let you vote.

In states like North Carolina and Wisconsin, Americans face barriers to the voting booth that haven't existed since 1965.

These barriers disproportionately affect minority and young voters, making the voting process less accessible to the very people who fought for the VRA 50 years ago.

This is not okay.

We know racism isn't over. We know when young people vote, we disrupt the system. We know our democracy is strongest when everyone has a voice.

It's up to us to use that knowledge and enact change.

So, do what you can. Use your voice.

Today, on this monumental anniversary, make sure you're registered to vote well before the deadline, so that we are the ones who determine our election laws. Voters should choose their lawmakers; lawmakers should not be choosing their voters.

Post your support to #RestoreTheVRA, and help us protect the hard-fought right to vote.

After that, we can all go back to cat memes and Taylor Swift GIFs like God intended.