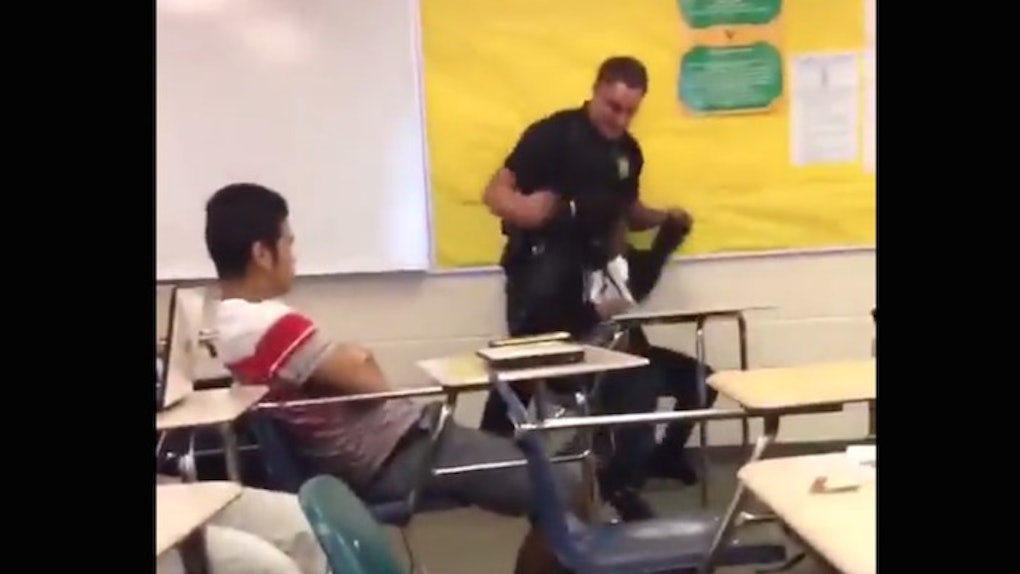 The officer can be seen attempting to pull the student out of her desk before pushing her backwards to the ground, picking her up and throwing her some distance across the classroom floor.

Warning: This video is disturbing.

The student was told she was under arrest for disturbing school and given instructions which she again refused. The video then shows the student resisting and being arrested by the SRO.

A group of parents calling themselves the Richland Two Black Parents Association said in a statement,

Parents are heartbroken as this is just another example of the intolerance that continues to be of issue in Richland School District Two particularly with families and children of color. As we have stated in the past, we stand ready to work in collaboration to address these horrible acts of violence and inequities among our children.

For its part, the school district said in a statement,

We are aware of an incident that occurred today at Spring Valley High School. Video of it has been posted on social media. The incident is under investigation. We are working closely with the sheriff's department.