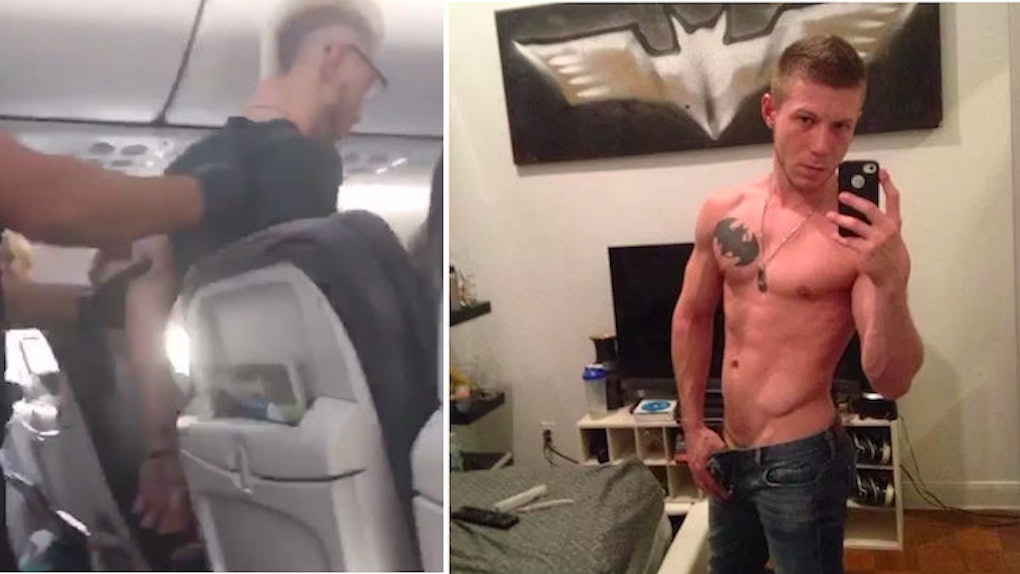 Did you know you could get arrested on a plane? No?

Well, I'm not sure if 28-year-old passenger Jordan Fragiacomo knew either. He tried to kiss two flight attendants and open a rear exit door mid-flight on the way from New York City to Seattle on Monday.

I'm lucky enough to travel by air frequently, but I have never seen anyone get arrested on a plane.

The Alaskan Airlines flight had to make an emergency landing at Minneapolis-St. Paul International Airport, just so Fragiacomo could get arrested and be taken off the plane.

Here's a video that one of the passengers on the plane took of the incident. It was tweeted by Seattle-based news reporter, Linzi Sheldon:

After the former go-go dancer was removed, the plane took off again and made it to Seattle. I bet it was probably a much calmer ride after that.

Not only did Fragiacomo try to kiss two flight attendants, but he also tried to grab headphones and drinks from other passengers. What the hell?!

As you might assume, Fragiacomo wasn't exactly in the right state of mind. He admitted to authorities that he took "unknown amounts" of Xanax, cocaine and GHB prior to the flight, according to a police report.

At one point, he said, "If you continue to restrain me, there's going to be problems."

It took two off-duty pilots and several attendants to hold him down.

If I had been on that flight, I would have been so mad. It's one thing to face a delay at the airport, but to be held up mid-ride by a drugged passenger? No thanks.

According to witnesses, Fragiacomo was also speaking incoherently.

All that comes to mind is this scene from "Bridesmaids":

By the way, it's not possible to open a plane door from the inside while the cabin is pressurized mid-flight.