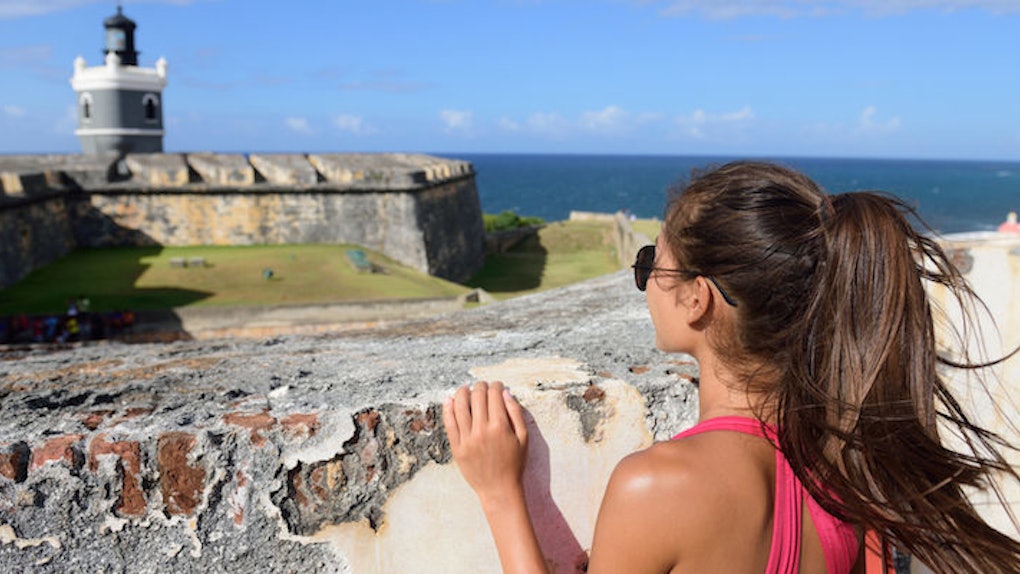 How US Policy Continues To Leave Puerto Rico In Bankruptcy Limbo

Puerto Rico has a problem: The US territory has until May 1 to make a $422 million payment to government bondholders, and it is pleading with Washington to help restructure its $72 billion debt. As of yet, legislation to help Puerto Rico has stalled, even as President Obama's administration warns that the territory nears economic collapse.

If you're thinking, why is that our problem? It's more than our problem. It's partially our fault. Allow me to explain. I first learned of Puerto Rico's plight after speaking with the people there firsthand. In a coffee shop in Old San Juan, my friend and I struck up a conversation with a guy named Ricardo.

He was driving to Fajardo in the morning to catch a ferry to Vieques, a small island 8 miles off the coast. Since we were heading that way too, he offered to give us a ride. During the hour drive to Fajardo, we stopped for some roadside barbecue. Ricardo — who asked that we call him Ricky — caught us up on the history and current situation of Puerto Rico.

He started with the colonization of the island, how the Spanish enslaved the indigenous Taíno Indians after Columbus' arrival in 1493, taking Taíno land and women. The children born from those unions were called "mestizos."

The Spanish-American War in 1898 ended Spanish colonial rule of the island. Puerto Ricans imagined the US as liberators, Ricky told us, but they feel far from liberated. After becoming a US territory in 1917, Puerto Ricans were granted conditional citizenship and could serve in the US military. But it was not until 1947 that they could even elect their own governor.

For those of us who had naïvely imagined Puerto Rico was pretty much a state just without the name, think again. Since Puerto Rico is not considered a state, it doesn't even have representation in the US Senate or Congress. They send a delegate who cannot vote. Puerto Rico also cannot declare bankruptcy — chapter 9 rights given to every city in US states — a fact its creditors capitalize on.

My shock and dismay only worsened as the ferry docked in Vieques. The US Navy had used Vieques along with its sister island Culebra since the '40s to conduct bomb testing and military drills. In 1999, a marine jet missed its target, killing a civilian and injuring four others.

Although George W. Bush ordered the withdraw of the Navy after that incident, the cleanup of munitions has cost millions, and signs of the Navy's presence are everywhere. For instance, while my friend and I sipped beers on sunny Playa Caracas, or "Red Beach" as it's also called, a glaring sign warned of undetonated ammunition. I marveled that the thought of a place as beautiful as this could have bombs on its beaches.

At dinner later that night, I listened, as a woman at a table next to ours complained loudly and rudely about the locals. She said they were given preferential treatment in acquiring land left behind by the Navy. Depending on who you ask, that's either a good or a bad thing. The English-speaking American mainlanders who own bars and inns on Vieques are frustrated by initiatives to sell land back to the locals.

But Robert Rabin, who sits on the Committee for the Rescue and Development of Vieques, sees it another way:

Vieques is undergoing a severe process of gentrification, displacement [and] population substitution, [which are] things not uncommon to places like Vieques. [This isn't unusual in] beautiful places where people with powerful economic interests or people with more economic power than the local population come in, buy property, begin to develop businesses […] So, we need a lot of support from the government to help local business people.

Whatever the case, there was obvious tension lurking behind all the idyllic sunsets and palm trees. And this is true of all of Puerto Rico. Unemployment currently hovers at almost 12 percent. The common US minimum wage of $7.25 an hour applies to Puerto Rico as well, but business owners say it is too high for them to pay their workers.

They can admit the paradox, though; the minimum wage is also too low for their workers to live on. The result, a kind American couple explained to me, is many people working multiple minimum wage jobs, or jobs under the table. Because of this, many do not even qualify to pay the income tax, meaning they make less than $20,000 a year, the US census' definition of poverty. The low amount of people paying an income tax is a lost revenue stream for their government.

Energy is another looming crisis for the island. Power on the island costs more than in any US state, except Hawaii. Lastly, you cannot talk about Puerto Rico's plight without mentioning the Jones Act, which mandates that goods shipped between points in the United States by water must be transported on a US built and mostly US-crewed ship.

While the law has its merits, it adversely affects states like Hawaii and US territories who could import and export goods for much cheaper using foreign vessels and routes:

It costs an estimated $3,063 to ship a [20-foot] container of household and commercial goods from the East Coast of the United States to Puerto Rico; the same shipment costs $1,504 to nearby Santo Domingo (Dominican Republic) and $1,687 to Kingston (Jamaica). [These are] destinations that are not subject to Jones Act restriction.

In layman's terms, the couple said, a single plantain costs $1 in Puerto Rico, but they're three for $1 in America. "How is that fair?" the man complained. He's right; it isn't fair. The United States has a chance to do right by this territory, something we have not always done in the past.

We have enjoyed all of the benefits of our relationship with Puerto Rico without taking any of the responsibility. They are only citizens when it benefits us for them to be. They can serve in our military, but have no voice in our government. They must use ships that fly our colors, even at great cost to themselves.

They deserve representation, exemptions from the Jones Act and full bankruptcy protections under US law. The status quo as it stands now seems completely one-sided. It's time to be a helping hand to Puerto Rico, not the foot that kicks them further down.