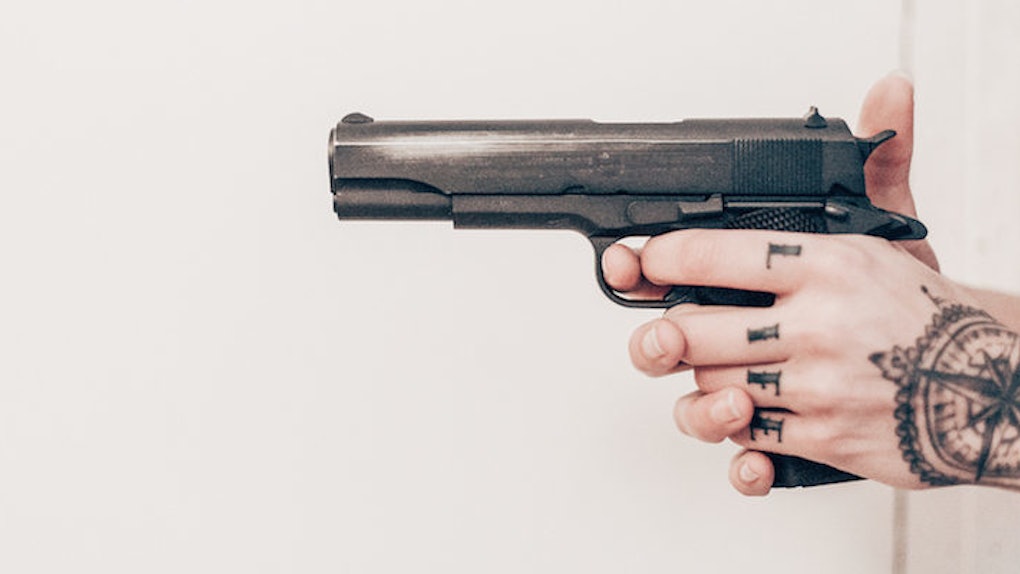 Mahalo. 'A'ole pilikia. A hui hou kākou. We should all chill out like Hawaiians.

\Hawaii has the fewest gun-related deaths per 100,000 people out of all US states, and it also has some of the strictest gun laws in the country. This is not a coincidence.

In Hawaii, a permit and a universal background check are required to purchase a handgun; handguns must be registered; there is no "stand your ground" amendment, and it is generally difficult to obtain a permit to carry your weapon.

Oh, no! Hawaii is taking away our right to kill each other mercilessly!

Or maybe, it's just trying to save money.

In 2010, the Urban Institute examined the costs of emergency department visits and hospital admissions for firearm assault victims in the United States. Among its results were some staggering findings.

For context, those living in the wealthiest zip code areas make up only 7 percent of the total firearm assault injury cost.

Tightening gun laws would not only keep our young and poor out of harm's way, but it would likely save an exorbitant amount of money for taxpayers as well.

That year, Maryland, New Jersey, Wisconsin, North Carolina and California all paid for at least 64 percent of their states' firearm assault injuries.

"Most of this cost is paid for by the public, either through public insurance programs such as Medicaid or as uncompensated care for the uninsured," the Institute said in its report. "In a time of restricted public resources, these findings suggest that significant public resources could be saved or redirected if effective gun-violence prevention strategies could be identified."

Our firearm problem might not be using guns as much as it is owning guns.

At 88 firearms per 100 people, we ranked (first) among countries like Yemen (second), Iraq (eighth) and Finland (fourth). It's not that 88 out of every 100 Americans own a gun, but Americans who own guns often possess more than one.

Sometimes, it feels like we're still riding around on horses, revolvers in hand, challenging onlookers to duels and demanding bag of dimes to pay for last night's whiskey at the saloon.

Perhaps, not much has changed. But we shouldn't be okay with capping each other off this frequently.

In addition to the fact that murder is unquestionably inhumane and barbaric, shooting bullets at any human, in general, is costly for everyone.

When I was 15, one of my teammates on a traveling baseball team was gunned down outside a liquor store in Santa Monica. His name was Eddie Lopez, and he was set to make a trip with us to Hawaii to play in a tournament that summer.

The Aloha State isn't the biggest sample size in the world. In fact, at just over 1.3 million, it's one of the smallest in the US. But, perhaps, we can look to our island brothers and sisters for a glimpse of what it would be like if we shot people less often.

Until then, let's all try to relax a bit more and take a closer look at in which direction firearm culture is pointed.