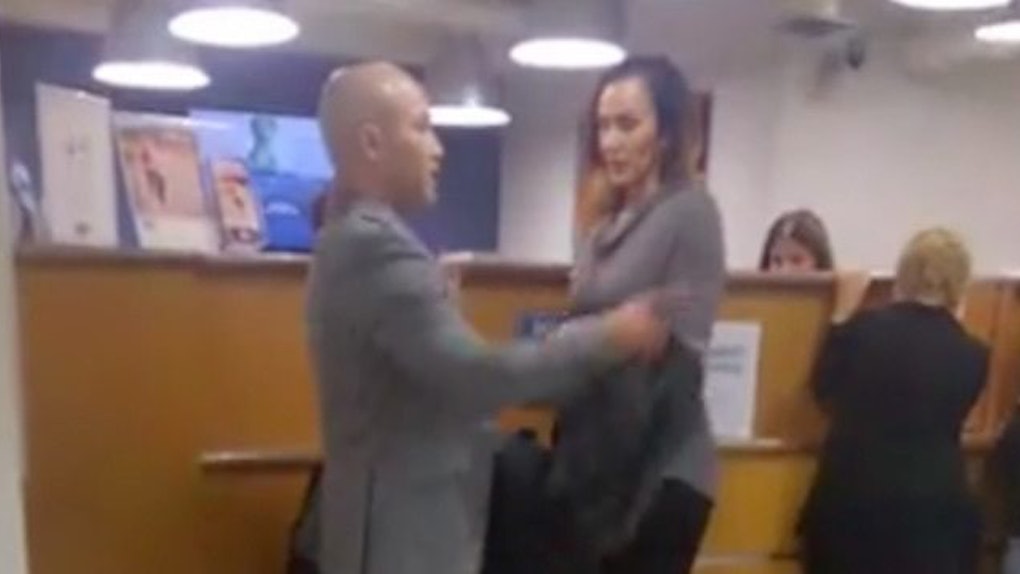 However, I think it's safe to say that most Uber drivers don't expect to encounter a crazy bomb-wielding bank robber during their shift behind the wheel.

Yesterday afternoon, a Miami Uber driver whose Facebook lists his name as Mikebilly So-Focused, was allegedly taken hostage by a man who was on a mission to clean out the vaults of a bank in Brickell, Florida, by threatening tellers with a bomb.

If that's not wild enough, the Uber driver managed to live-stream the whole unbelievable ordeal on Facebook.

In the video, you can see the unsuspecting bank robber approach an employee at Navy Federal Bank and tell the woman that he has a bomb.

As the terrified bank tellers begin to fill an envelope with cash, the man starts going off on a rant that reveals his reasons for the robbery.

Apparently, this weird man was trying to be a modern day version of Robbin Hood by stealing from the rich and giving to the poor.

However, instead of wearing tights and using a bow and arrow to rob people, this man preferred to wear a suit and rob banks with explosives.

The clip captures the man saying, "I'm going to surrender, OK, once I give this money away to people who are poor. I just want to speak before Congress."

But that's not all. Mike posted another video as he was forced to chauffeur the explosive robber to Ocean Drive, where the man threw money to random people on the street and then proceeded to call the police and report a bomb threat.

It didn't take long for the FBI to show up and take both Milke and the bomber into custody.

Now authorities are trying to piece this whole bizarre bank robbery together and determine if the Uber driver is an innocent man or an accomplice to the strange crime.

A spokesman for Miami Beach Police Department, Officer Ernesto Rodriguez, stated, "The FBI may be filing charges today, but they're handling this investigation so we don't have any more information."

While the whole thing seems to be pretty damn confusing, the police have solidified some of the events that unfolded during the strange ordeal.

At approximately 5 pm yesterday, the Uber driver started live streaming a video with the caption "omg 911 i need help" and showed the bald, suited man talking to a bank manager at the Brickell credit union.

The video ends with the man demanding bank tellers to fill a pink envelope with cash.

Mike began streaming a second video to Facebook shortly after, which captures him driving his car as the bank robber sits in the passenger seat with his envelope of money and preaches about the country's political affairs with Russia.

As they drove, you could hear the man say, "I don't want us to fight a war with Russia. Why are we leading to another World War? That's what the UN is for. That means the UN isn't working. That means our government is not playing fair."

The Uber driver continued to record the man as he talked about his plans to give money to the poor as well as his desire speak to politicians as they made their way to Miami Beach and handed out wads of cash to people walking down Ocean Drive.

After dispersing his hard earned bank robbery loot, the man called in a bomb threat and the FBI appeared on the scene with a bomb robot and apprehended both men.

Police have yet to confirm whether this Uber driver was simply in the wrong place at the wrong time or an accessory to this crazy man's crimes, but it should be interesting to see how this plays out.