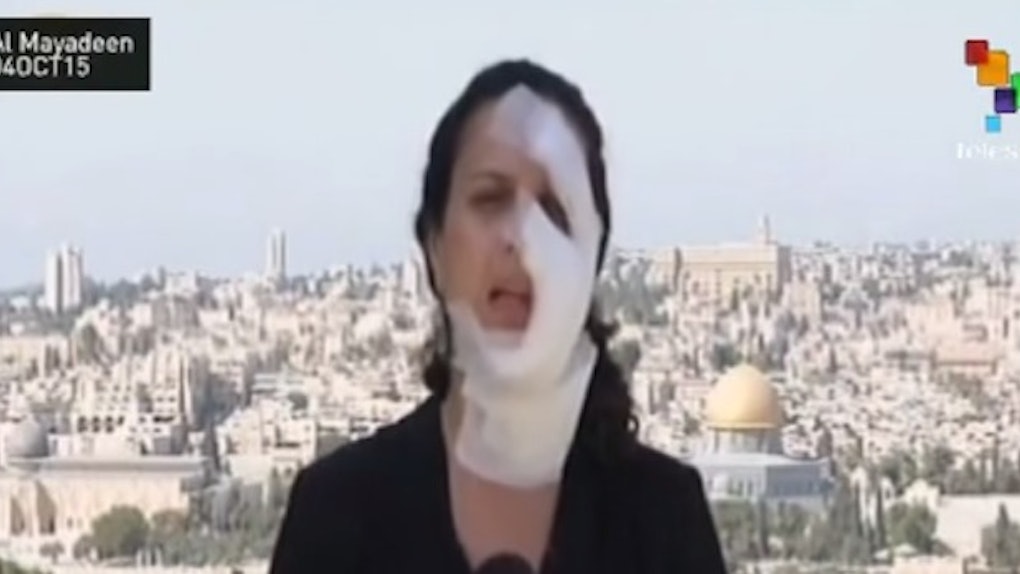 When a stun grenade struck Arab-Israeli TV journalist Hana Mahameed in the face on Sunday, viewers hardly expected her back on the air any time soon.

The incident occurred in East Jerusalem during a struggle between Israeli police and Palestinian protesters, The Guardian reports.

Police fired the projectile grenade aiming for demonstrators, but they hit the journalist instead.

Whoever is present with law-breaking rioters risks getting injured.

The attack did not hold Mahameed back from doing her job for Lebanon-based station Al Mayadeen. Hours after being treated for facial burns, the reporter returned to the air, her face and neck shrouded by bandages.

Citations: Arab-Israeli TV journalist goes back on air after being hit by stun grenade (The Guardian)