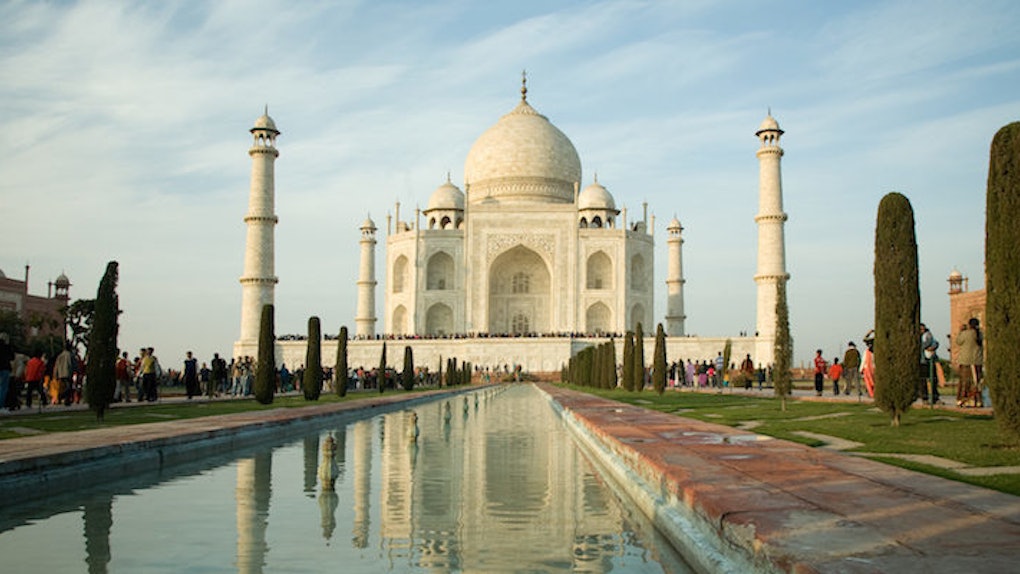 The BBC reports a Japanese tourist lost his life after falling down a flight of stairs in the Taj Mahal while trying to take a selfie.

Sagar Singh, who allegedly saw the incident, told reporters 66-year-old Hideto Ueda and a colleague fell down the stairs while Ueda was trying to take a picture in the landmark's Royal Gate.

While the unidentified colleague only experienced a leg fracture, Ueda was knocked unconscious during the fall.

He was immediately rushed to a hospital but later succumbed to his head injuries.

Ueda joins the growing list of people -- like a man who died while seflie-ing during the running of the bulls in Villaseca de la Sagra and a woman who shot herself in the head while snapping some self-shots in Russia -- who died trying to take pictures of themselves in inopportune places.

In fact, selfies have become such a safety issue in Russia, the government had to launch a campaign geared toward young people warning them about the dangers of taking pictures of yourself at awful times.

Lesson learned. Think before you selfie.

Citations: Tourist Dies At The Taj Mahal After Falling While Taking A Selfie (Huffington Post)