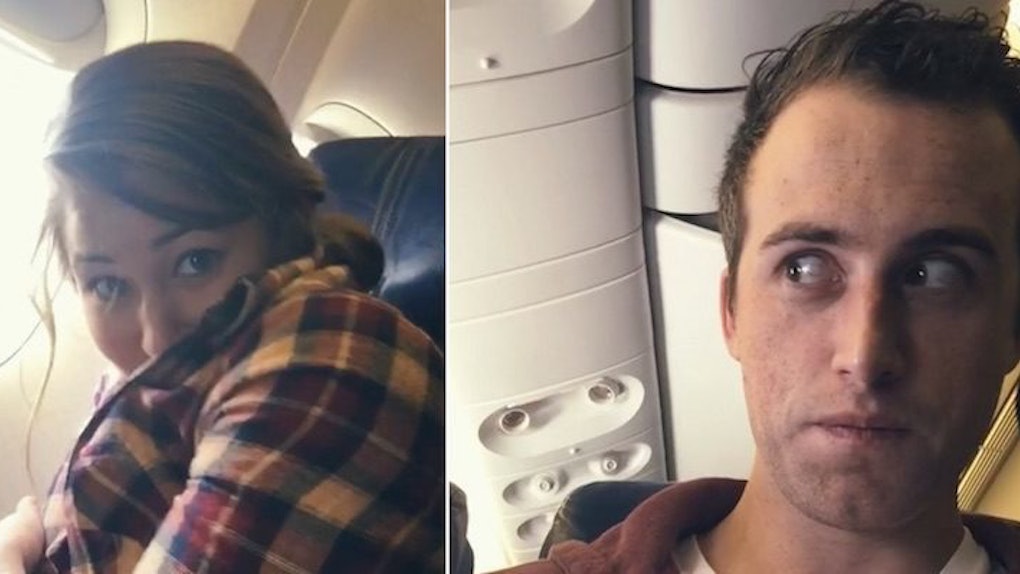 In an alternate universe where people use Tinder to make travel plans and KAYAK's website to share dick pics, two lovers met their matches.

I was killing time swiping while traveling for work in a city (Chicago) 700 miles from where I live. Just out of curiosity/boredom I messaged a girl about one of her travel photos. Subsequently I told her I would take her to China if she took me to New Zealand. She agreed.

The redditor, Thomas Gallagher, included a snap of his convo with his match, Grace, as proof.

In replies on the thread, Gallagher explained he and Grace spoke for a month before committing to an in-person meetup.

We have been flying to see each other each weekend for the past 6 months and landed in Beijing yesterday. We're booked for New Zealand in February.

The couple's meet-cute story -- along with the videos posted by Gallagher of himself, Grace and his nieces -- stands as a reminder there is one instance of genuine human connection for every 100 (200? 9,000?) creeper stories that crawl from the sewers of Tinder.

I guess everyone wants some 'princess bride' story about their relationship. But some people meet on tinder...She hasn't tried to murder me yet and still has not revealed any signs of being a bot. I honesty have not been happier…I'm worried the bar is set too high lol…We haven't covered any significant milestones of holidays and were already flying around the world. But seriously though, I can't wait for whatever is next.

Thus, the bar is forever raised for Tinder users.

Citations: Man Flies His Tinder Match to China for a Date and Their Story Will Warm Your Heart (Cosmopolitan)