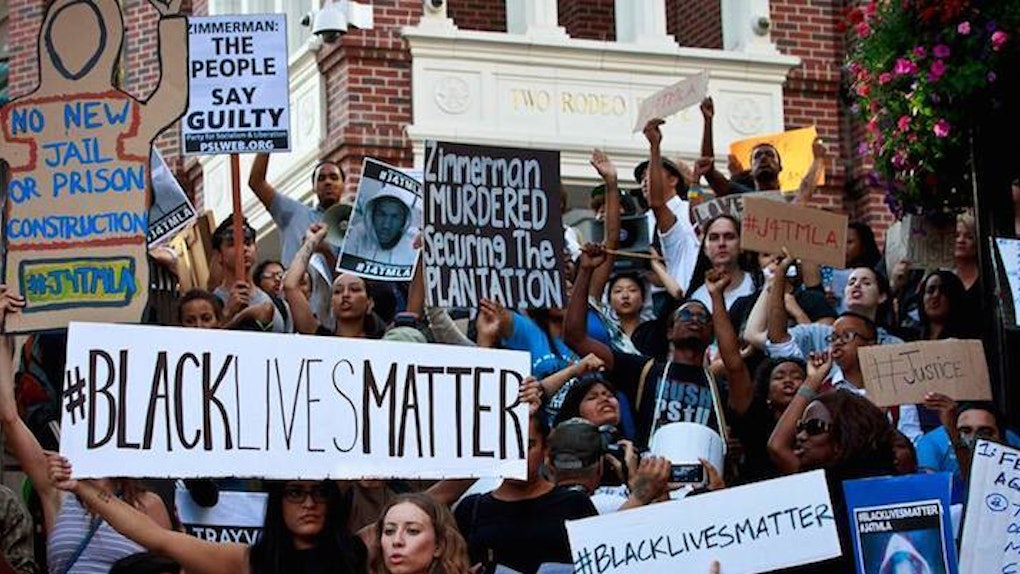 What Is The Cost Of A Black Life? Why Money Won't Make Injustice Right

A popular poet once stepped onto the mic and asked, "What is the cost of a black life in Florida?"

The wordplay and lyricism around racism and injustice left me speechless, but we shouldn't lose sight of what he was asking in the midst of an eloquent flow.

Recently, the question has become much broader to ask, "What’s the cost of a black life in America?"

This week, we learned the family of Eric Garner is receiving a $5.9 million settlement from the city of New York, just days before the anniversary of his death at the hands of New York City police officers.

Garner went into cardiac arrest after being arrested and held in an illegal chokehold over suspicion of selling illegal cigarettes.

After yelling, “I can’t breathe” several times, Garner passed out.

A medical examiner ruled his death a homicide, the entire unsettling incident was caught on video, and yet, a grand jury declined to indict the officers involved in his death.

Now, the city of New York wants the death of Eric Garner, like countless others, to just go away with taxpayers' money as if his death was some sort of unexpected accident?

Sorry, America, but you can’t put a price on a black life.

These are not cases of accidentally-damaged bicycles. We are putting a price tag on human lives – black lives – and failing to hold the people who are called to “protect and serve” accountable.

The term “settlement” is offensive in itself. Nothing has been settled or resolved. When I hear “wrongful death,” I hear “accident” or “unintentional.” Nothing was accidental about Garner's subsequent death following a banned chokehold.

I believe many of us, especially those who are called to uphold and enforce the law, have a basic understanding that choking or strangulation can lead to death.

This settlement means nothing, and it is just one of many from the city of New York.

With this settlement, we have not resolved the real issue of racism. The actions of black Americans are constantly policed, and discrimination in the criminal justice system continues to run rampant.

Over the past year, it has been proven time and time again that the freedoms of black Americans are limited:

You cannot play with a toy gun. You cannot go to your wedding.

You cannot be properly arrested. You cannot enter your own home.

What does accountability within the criminal justice system look like? Suspensions, paid leave, desk duty and voluntary resignation. This is the “justice” we typically see in response to the endangerment and taking of black lives.

Besides pulling out the city’s checkbook, how is our criminal justice system holding people accountable and seeking the welfare of minority lives?

Our law enforcement officers are called to hold the highest standards of ethics, integrity, community interaction and professional conduct, but they are not being held responsible for committing crimes themselves, particularly when those crimes are against people of color.

A check in the amount of $5.9 million, plus the billions of other dollars that have gone to previous wrongful death settlements, is not going to grant black Americans the perceived freedom to exercise the basic right to live.

No amount of money is going to make the millions of people who have spoken up about this injustice forget the lives that have been lost.

I want to see and experience justice and equity for all.

Eric Garner’s family has received money for only a small fraction of their grief, but the issue of racism is anything but “settled” in America. Six million dollars won't help me breathe, and this case, unfortunately, remains open.