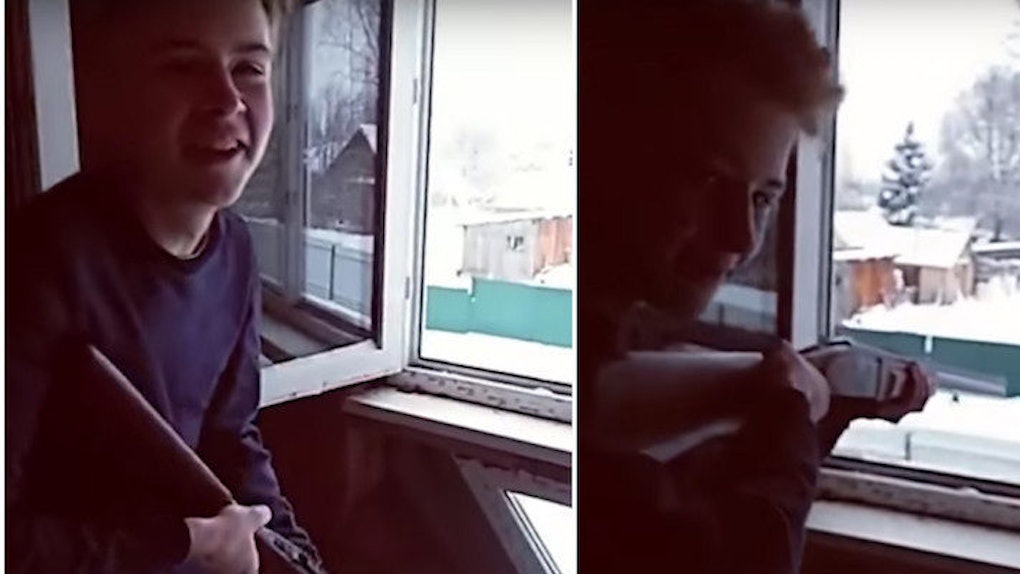 Two young Russian teenagers live-streamed themselves shooting at police before taking their own lives.

Harrowing footage shows the pair, named Denis and Katya, laughing and joking with each other as the 15-year-old boy points a gun out a window of a house in Russia's Pskov region.

He then opens fire at a police vehicle, reports svoboda.org.

They reportedly holed themselves up in the home -- which was empty at the time -- after Denis got into an argument with his parents.

Throughout the live-stream -- aired on Periscope -- the young couple showcased their haul of weapons, including countless bullets.

They can be heard repeating the words, "Russians don't surrender." Denis also says,

In one scene, Katya holds a gun up to Denis' head.

I loved you, but you do not notice how you destroyed my mind and life. Goodbye all, friends and family, and acquaintances. Do not worry, I will go out in style. Good luck to all in your life and please do not be afraid to live as you want or you see fit. Life is for fun - this is the best life. I love you.

The live-streaming went on for hours. At one point, the pair were answering questions from people on social media.

Their motivation is unclear at this stage, but it has been reported the pair had been arguing with their parents over the last few days.

This fighting may have resulted in Denis shooting Katya's mom in the leg.

Officers finally raided the house after hours of failed negotiations. They used stun grenades before entering a room where they found the teenagers' bodies.

It is believed Denis shot Katya before killing himself in a murder-suicide.