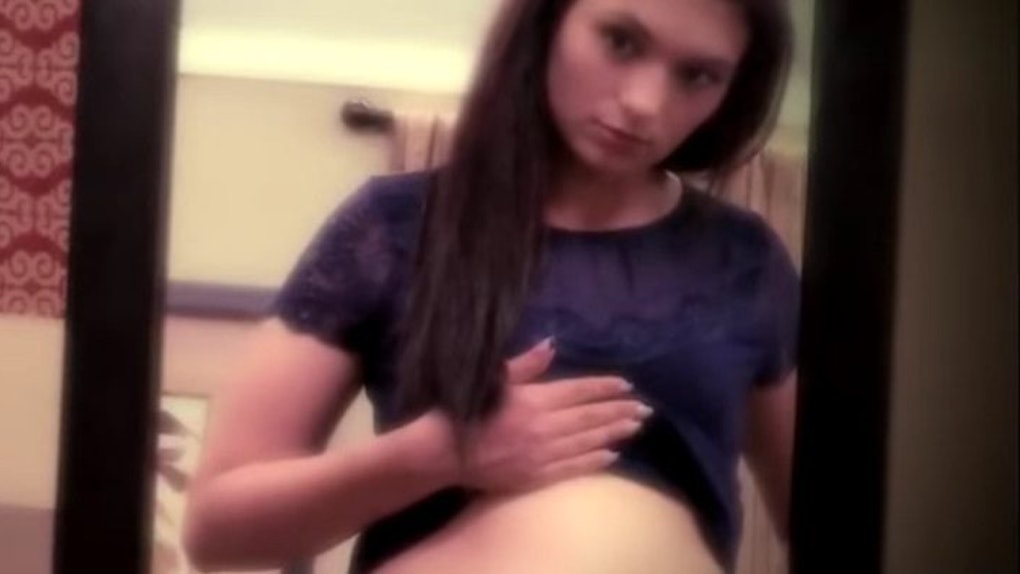 Teenager Convinced She Is Pregnant With Jesus

Today, we have a visitor from Crazy Town, and her name is Haley. She thinks she's pregnant with baby Jesus.

Laugh all you want, but I'm serious: This chick is convinced she's been carrying the child of God for nine months, regardless of the fact that six pregnancy tests have all come back negative.

The 19-year-old appeared on "Dr. Phil" on Wednesday night with her mother and sister, who argue she's "delusional" and a "compulsive liar."

Haley begs to differ, though.

In clips that have been released from the show, the convinced teenager demands she is pregnant with her "savior," regardless of the multiple tests that have proven otherwise.

In the segment, she said,

Haley then goes on to admit she has, in fact, taken six urine tests, and all six have come back negative. She wasn't satisfied with the outcome, though, and requested a blood-drawn pregnancy test.

The doctors denied the test, which infuriated Haley even more.

In the clip, she continues,

I don't care what the home pregnancy tests or doctors say. When I give birth to my baby, no one is going to deny him.

Haley's mother also spoke about how crazy she believes her daughter is. She said,

My daughter thinks she's pregnant and she's not. My daughter is a compulsive liar and delusional. She lives in her own fantasy world.

Her sister then chimes in and says,

She's not pregnant, and she never has been.

Haley's mom admitted on camera that she's given her daughter two home pregnancy tests, and both have came back negative.

She also said she took her to the clinic AND the Health Department, where she was given both a pelvic exam and another test that came back negative.

But apparently, it's impossible to convince her otherwise. In the clip above, Haley curses off the Health Department in front of her mother.

As convincing as Haley may think she sounds, her mother is confident she's lying.

She spoke about her daughter's past in the segment, and said she's already made ridiculous claims, saying her father is Eminem and she was a contestant on "American Idol."

I have no words.

Tune in to "Dr. Phil" tonight to watch the madness for yourself. Apparently, Haley will be getting an ultrasound.