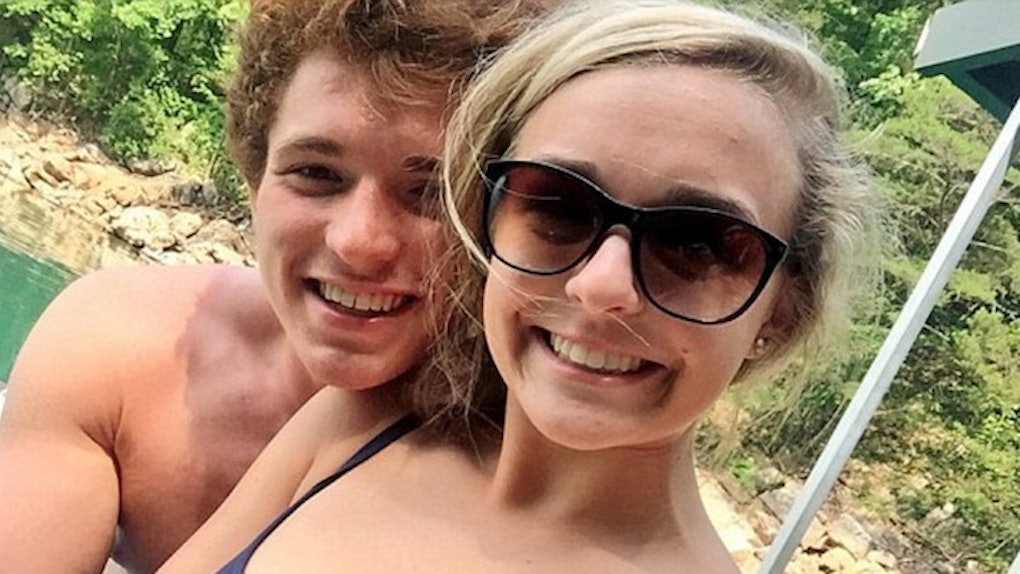 A teenager is accused of killing his cheerleader girlfriend in her sleep after he "refused to accept" their breakup.

William Riley Gaul, 18, of Tennessee, posted a tribute tweet to Emma Jean Walker, 16, just hours after her body was found at a home in North Knox County on Monday.

The football player allegedly shot Walker from outside her house as she slept in her bed, reports the Knoxville News Sentinel.

He has been arrested and charged with the killing.

To think that every memory we have, every happy special moment we shared, can't ever be relived. I love you Emma Jane Walker.

In another tweet, he included a screenshot of a note he wrote. It reads,

You're gone, but I promise your legacy will live on through each and every person who loves and cares about you and that number of people is endless.

You're beautiful, you're amazing, you're funny, compassionate, caring... you're my best friend. There's not a human on Earth that can make the impact that you've had on my life. I miss you more than anything. You'll weigh heavy on my mind for the rest of my life because no one can fill the void that's in my heart now.

Gaul went on to recall memories of the pair messing around during football games.

Just knowing you have someone that's so in love with you gives you so much hope for your life ahead, and it can be taken away, just like that.

Walker's aunt, Jenny Weldon, said Gaul had trouble accepting the relationship was over. She said,

She had chosen to move on. He refused to accept it. He chose not to accept her wishes. Her heart was in service. She was born to be a helper.