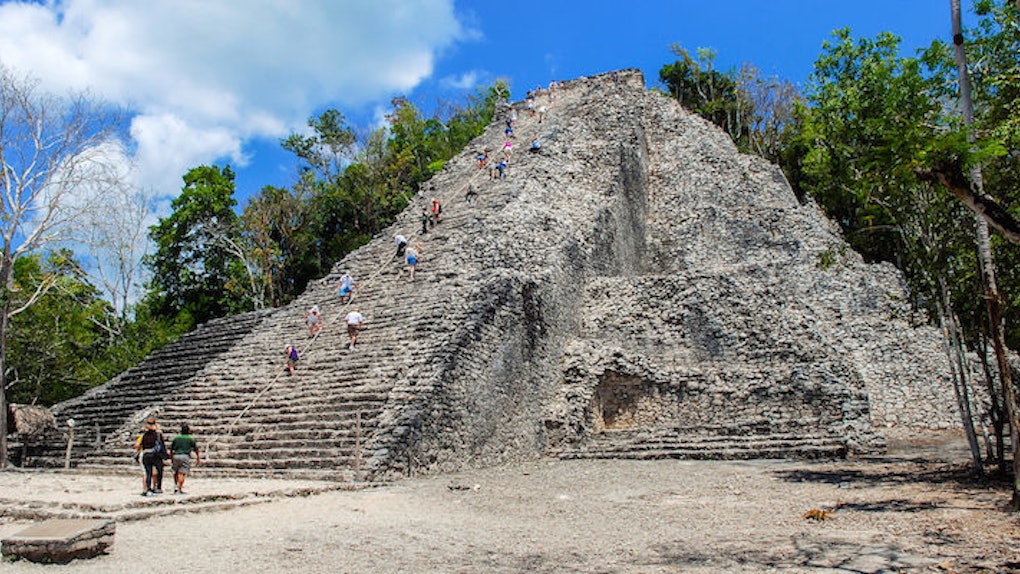 A Teen May Have Discovered A Lost Mayan City, And We Feel Inadequate

Prepare to feel like a tremendous underachiever, because a 15-year-old named William Gadoury from Canada may have just discovered a lost Mayan city, CBS News reports.

Two years ago, Gadoury won a few science fairs and was invited to present at a scientific conference. While there, he ran into Daniel De Lisle, a project officer at the Canadian Space Agency (CSA).

De Lisle was extremely impressed by Gadoury's curiosity, organization and intellect, so he invited the young man to lunch with his colleagues at CSA.

When most people were 15-years-old, they were likely only interested in things like video games, cars or getting into some sort of trouble. Academic topics are usually the last thing most teenagers spend their time thinking about.

But Gadoury is definitely not most of us, and he went to this lunch at CSA with a question regarding one of his favorite topics: ancient civilizations in Central America.

The young man wondered whether there was a link between the ancient Mayans affinity for the stars and constellations, and the locations of their cities and places of worship.

[Gadoury] thought, 'Maybe there was another reason they had these temples there.' He made the link.

Gadoury impressed the team at CSA so much, they decided to help him. They provided him with satellite imagery, which the young man then compared with images from Google Maps and Google Earth, in an effort to spot patterns.

Gadoury examined 22 different constellations and discovered they all matched the locations of 117 known ancient Mayan cities across Mexico and Central America, reinforcing his theory.

But there was also something else: A 23rd constellation he analyzed wasn't matched to any known locations, so he hypothesized it could be the location of a lost or undiscovered Mayan city in the jungle in the Yucatan Peninsula.

Gadoury and De Lisle then made an astonishing discovery after examining the satellite images of the location. There were indeed signs of a large structure that could be a temple, along with signs of smaller structures and what could be ancient streets and alleys.

Simply put, a Canadian teenager who isn't old enough to drive devised a theory that may have led to the location of an undiscovered ancient Mayan city. What's more, if it can be confirmed that the site is indeed the location of a lost city, it might be among the largest five Mayan cities ever discovered.

Several archaeologists are reportedly interested in bringing Gadoury along with them on excavations of the site, and the teen hopes to name the city K'aak Chi, which means "Fire Mouth."