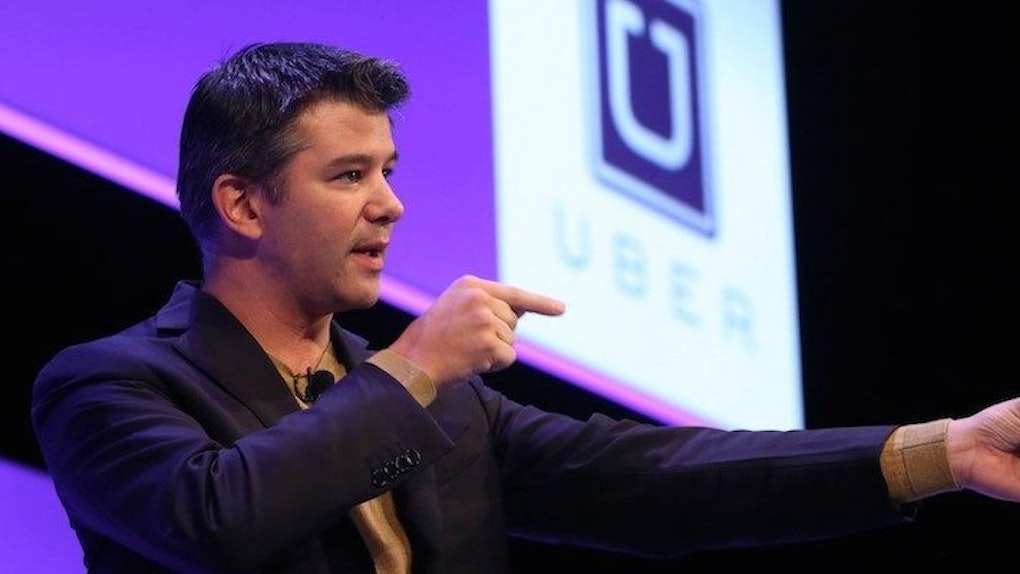 The CEO of Uber is poised to collectively launch society into the future through an influx of self-driving cars.

He plans to accomplish this by purchasing hundreds of thousands of the self-driving models within a matter of years.

According to Yahoo! Autos, Tesla board member and early investor Steve Jurvetson claims, at the Top 10 Tech Trends dinner, Uber CEO Travis Kalanick said if Tesla can make a fully-autonomous car by 2020, his company will buy every single one.

Jurvetson recalled Kalanick expressing a great deal of confidence in the positive effects of driving such vehicles.

I believe they are already safer than my parents, and I would trust my kids with them.

According to Jurvetson, Kalanick went on to explain how self-driving cars could be summoned to a location within 30 seconds, vastly diminishing the need for taxis.

It isn't clear how many of these cars are expected to be autonomous, but Yahoo! Autos reports, since last fall, Tesla has been producing cars containing its first edition of "autopilot" technology.

The model can allegedly change lanes on its own after the driver simply turns on the appropriate signal, but it's not yet available to the public.

Tesla makers, however, will be dedicating the coming years to mass production of the Model 3, the company's most affordable model that sells for $35,000.

The company's concentration on low-priced cars suggests it will be a while before Tesla models feature any sort of autopilot capabilities.

But if Musk's production goal is met, Tesla will have produced approximately one million cars in total since its birth.

Citations: Uber CEO To Tesla Sell Me Half A Million Autonomous Electric Cars In 2020 (Yahoo! Autos)