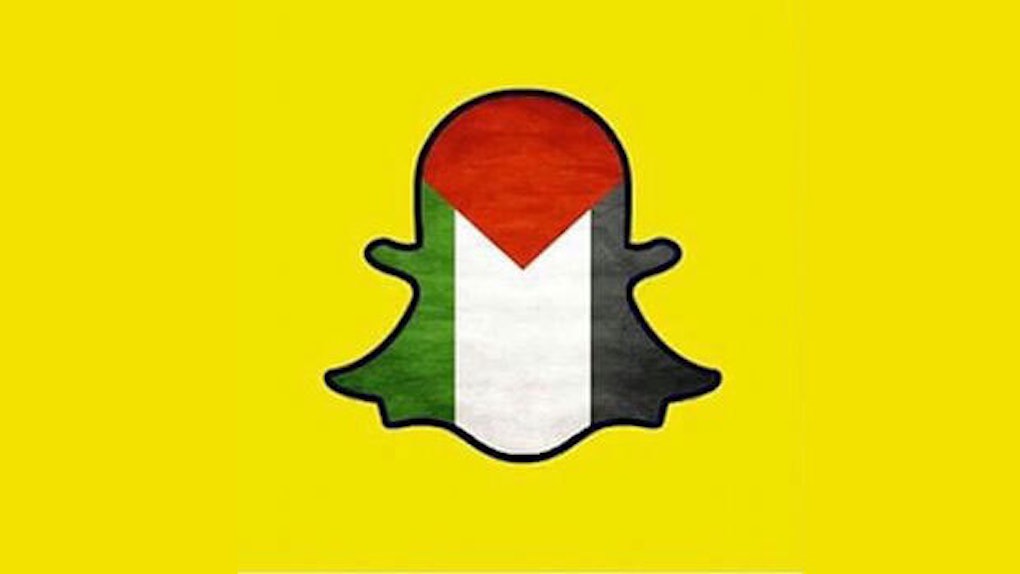 Snapchat Takes The West Bank: Why It Was So Important To Go Live

The live stories offer Shapchat's users the chance to get a glimpse of what a typical day looks like for people all around the world.

One day, you could be walking down the red carpet with A-list celebrities at the Met, and the next, you're marching along protesters in Ferguson, MI.

Through 10-second photos and video clips, we can view life through another person's smartphone, travel to places we've never imagined and meet people we would never normally meet.

Since the launch of this feature, the Live stories have been relatively uncontroversial. (Although, Riyadh Live did get a few gasps because apparently swimming with lions is the norm there.)

A few days ago, the Tel Aviv story went live exactly one year after the destruction of Gaza. The attack left over 2,200 Palestinians civilians dead and 1,400 children orphaned by the end of the 51-day massacre.

It was, indeed, a very poor choice of timing by the Snapchat headquarters.

Waking up to this story one year after the attack was like a slap on the face to every Palestinian across the world. It hurt, and that pain only fueled the need to get our story heard even more.

The Tel Aviv story flaunted beach goers at the Dead Sea and markets stocked with an array of goods, but there was not one Palestinian.

Social media users did not take kindly to Snapchat's ignorant move. There are two sides to each story, and the West Bank needed theirs seen and heard, too.

Shame on you @Snapchat for releasing the Tel Aviv story on the same day as the first anniversary of the Gaza massacre committed by Israel. — Mohammed Zeyara (@mzeyara) July 8, 2015

The hashtags #GazaLive and #PalestineLive quickly took over Twitter, Facebook and Instragram. The Snapchat support page was flooded with requests to get Gaza Live.

And within 24 hours, Snapchat obliged, letting users know the West Bank story would have the chance to be heard.

For these people, it was a small victory.

Even though the stories do get filtered by some big shot at the Snapchat HQ, and a 24-hour live story feed did not truly show the world the real hardship of this country, I do believe it is better than nothing.

Palestinians flocked to the app to showcase what they believe makes the West Bank truly special: Ramallah's fruit market, Al-Hisbah, the art of fresh bread making, the traditional embroidered dresses (thobs), falafel in the making and, my all-time favorite, a Ramallah native joyously dancing and singing “Wein A Ramallah," a classic hit.

The story also featured the apartheid wall that separates the West Bank from Israel and the settlements occupied by Israelis.

In 30 degrees Celsius (86 degrees Fahrenheit), Palestinians stand outside of the checkpoint between Bethlehem and Israel waiting to enter.

A group of kids kick around a ball in the Dheisheh Refugee Camp.

A pair of friends, one Israeli and the other Palestinian, compare their different identification cards.

For many, Palestine serves as a haven for radicals, but, hopefully, with the help of Snapchat, that perception can change.

I am happy the world and Snapchat's 30 million active users got to see a glimpse of life under occupation and the beauty of the Palestinian people because, for many, this might be the only chance they get.

If you don't want to wait around until Snapchat decides to go live again in the West Bank, a Palestinian native, Zalameh, uses social media on the daily to document everyday life and culture in the West Bank.