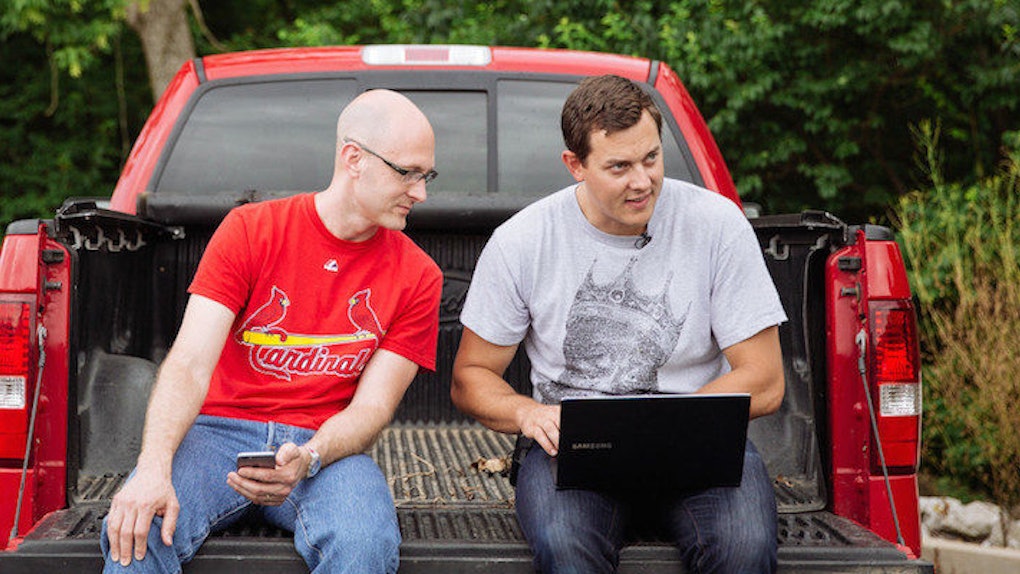 Hackers Easily Took Over The Brakes Of This Jeep, And It's Terrifying (Video)

Well, this is a thing you have to worry about now.

Let me introduce you to Charlie Miller and Chris Valasek, two guys who figured out how to wirelessly hack a car while simultaneously preventing you from ever feeling safe on the road again.

On a wireless system miles away, the two were able to hack a Jeep Cherokee through a security breach in Uconnect -- a standard feature for Fiat Chrysler cars for the past two years.

Though Uconnect was only supposed to let users have better control over their cars' entertainment systems, GPS navigations and phone calls, it also gave hackers the ability to follow cars' routes, gauge their speeds and, as seen in the video, make them carry out potentially life-threatening commands while the cars are moving.

The full scope of what a hack into the Uconnect network could potentially do was tested out on a car driven by WIRED reporter Andy Greenberg in St. Louis.

As seen in the video, Miller and Valasek mess with the car's radio, ventilation system and even kill the car's engine while it's on the highway.

On a closed course, Greenberg also shows how the breach gives hackers control of the car's steering -- if it's going backward -- and the ability to pop the car's locks, mess with the speedometer and disable the breaks.

Chrysler did release an update to the Uconnect system on July 16 that gives drivers "improved vehicle electronic security and communications system enhancements."

In order to install the update, the user has to download the software to a USB drive and plug the key into the car's dashboard USB port.

He or she also has the option of going to a Chrysler dealership and having the patch installed there.

In a statement to WIRED, Chrysler said various 2013-2014 models of the Dodge Ram and the Dodge Viper, as well as the 2014 Jeep Cherokee, Jeep Grand Cherokee and Dodge Durango all needed to be updated to fix the Uconnect security hole.

But, through a Sprint-enabled network, Miller and Valasek found they could also hack the 2015 models of the Jeep Cherokee, the Jeep Grand Cherokee and the Chrysler 200s.

They fear 471,000 Chrysler cars on the road are vulnerable to hacks.

Why a car needs to be connected to the Internet is still beyond me, but if this is possible, cars on the Uconnect network need to get the eff off it ASAP.

Citations: Is YOUR Car Safe Hackers Take Control of a Jeep Cherokee and Crash it Into a Ditch By Gaining Access Through the Entertainment System (Daily Mail)