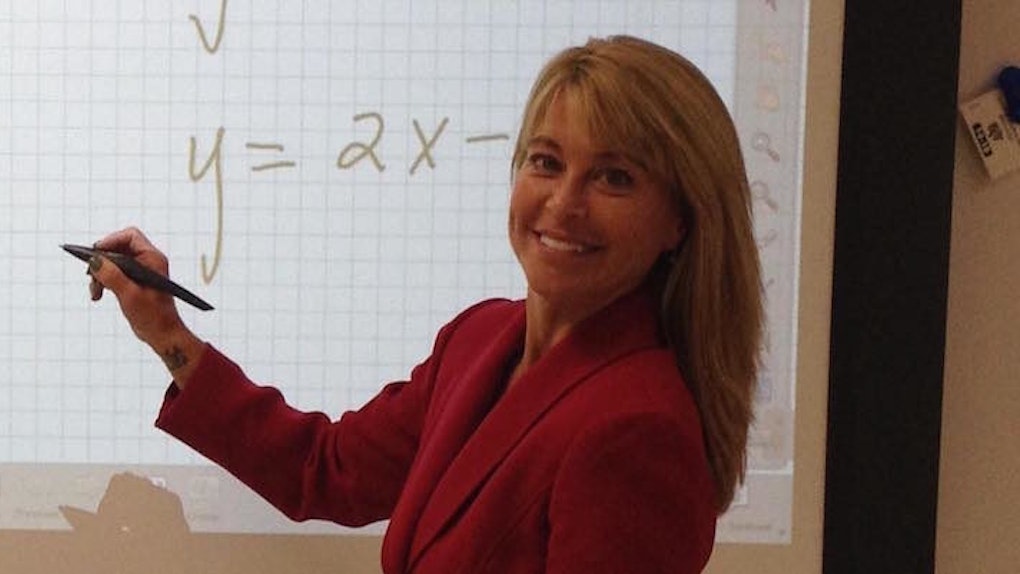 A high school teacher was forced to remove a Christmas tree from her classroom after an administrator told her the tree was inappropriate.

Catherine Gordon teaches math at Bangor High School in Maine. For the majority of her 30-year career, she put a pink Hello Kitty Christmas tree in her classroom.

The 32-inch tree, which Gordon put up on Wednesday, reportedly contains only Hello Kitty ornaments and no religious symbols.

But two days later, Gordon received an email from Principal Paul Butler informing her the tree was no longer permitted because it may offend certain students. Gordon told the Bangor Daily News,

Prior to the email, Gordon said, she was not informed of any new policy banning such decorations in classrooms. She took to Facebook on Friday to discuss the effect of this new rule.

I am very sad… After 30 years of decorating my classroom for the holidays, I was told today by the building principal... Posted by Catherine Gordon on Friday, December 18, 2015

Gordon noted, for every year she put up the tree, she never received a phone call or email from a parent complaining of a student feeling offended by the decoration. Gordon said students were surprised to see the tree gone on Monday.

On Monday, Bangor School Superintendent Betsy Webb released a statement explaining why the tree could not be tolerated.

In alignment with national and state standards, the Bangor School Department educates students about culture, traditions and holidays through curriculum ties in English language arts, music, art, social studies and world languages. Our focus is educating students to become global citizens with the necessary 21st century skills for college and career readiness for their future success.

US Representative of Maine Bruce Poliquin also issued a statement yesterday to suggest denying the presence of a Christmas tree is un-American.

Displaying a decorative Christmas tree is a longstanding tradition in our country. It should not be condemned, especially in our classrooms… I find the school department's decision baseless and completely counter to all that our nation stands for.

Gordon hopes media coverage of the tree's removal will start a conversation about which holiday decorations could truly be considered offensive.

She also desires a clearer outline regarding what teachers can and cannot do to celebrate the holidays.

Gordon finds it hypocritical, for example, a Christmas tree is unacceptable, even though teachers are allowed to wear holiday-themed clothing.