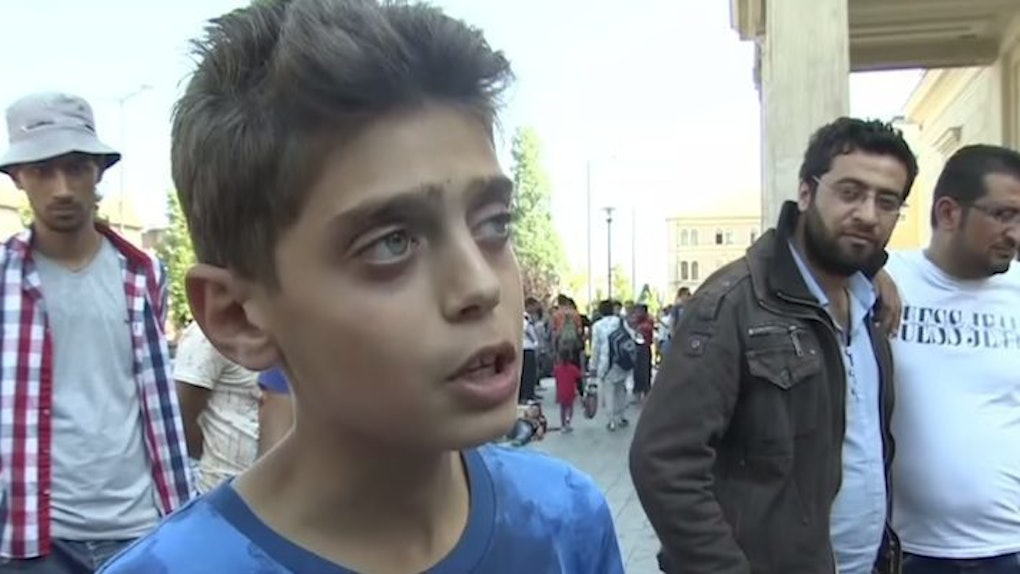 Sometimes, the wisest people among us are also the youngest, a fact exemplified in the poignant and powerful comments of a 13-year-old Syrian refugee named Kinan Masalmeh.

Earlier this week, he was interviewed by Al Jazeera in Budapest, Hungary, and he offered some much-needed perspective on the current refugee crisis.

Surrounded by men much older than him, Masalmeh stated,

As Quartz notes, he essentially explained he and his fellow Syrian refugees would much rather be at home, but the war and chaos engulfing his country since 2011 makes that virtually impossible.

Simply put, people can either help the Syrian refugees or find a way to end the conflict in their home country.

A video of the interview went viral, and it's evident many recognize the undeniable truth of Masalmeh's words.

A vine of his comments was also widely shared.

As Vox highlights, European leaders are struggling to come up with an adequate response to the thousands upon thousands of refugees flooding into the European Union -- most of whom come from Syria, Iraq and Afghanistan.

Masalmeh is a reflection of the complicated nature of this crisis and the frustrations of refugees who have little to no choice in what's happening to them.

// <![CDATA[ Europe is currently experience its worst refugee crisis since World War II, and many countries have // ]]>