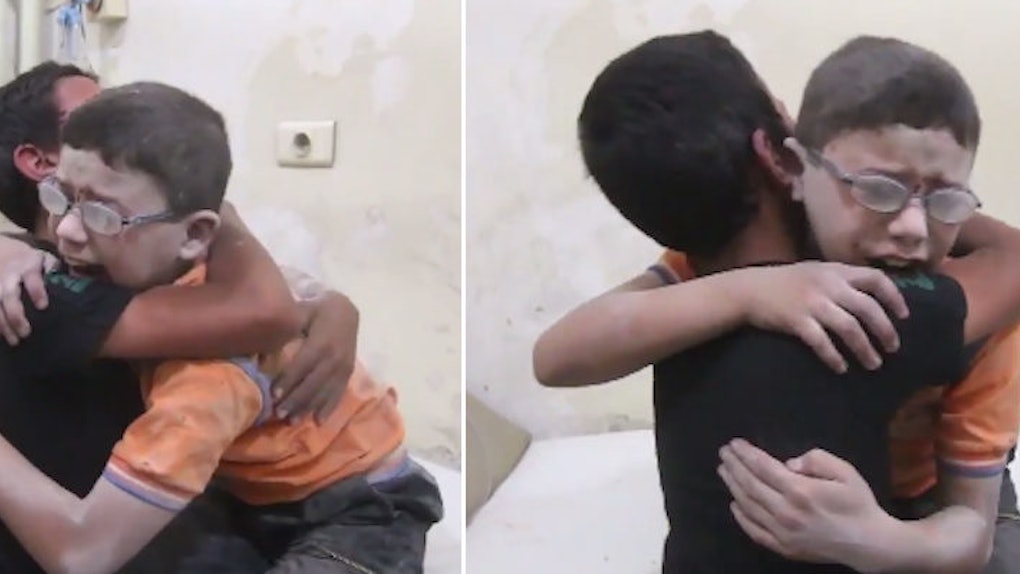 The images of carnage emerging from the Syrian civil war have been beyond heartbreaking.

We reported last week about 5-year-old Omran Daqneesh who was pulled out of the rubble -- the aftermath of an air strike -- covered in blood. He lost his 10-year-old brother, Ali, in the attack.

Now, video has surfaced of two brothers in Aleppo mourning the loss of their brother who was killed in an air strike by the Syrian regime.

The two brothers, covered in dust, cling to each other as they keen over the loss of their sibling.

There are no words to describe how emotionally devastated these two are after learning about the death of their brother.

According to Daily Mail, the barrel bomb attack claimed the lives of 15 people in Aleppo's Bab al-Nairab suburb, 11 of whom were children.

As heartrending as this video is, there have been a flood of photos of the air strike's aftermath even more graphic, most of which depict the enormous scale of violence and destruction.

The Daily Mail goes on to say a recent report suggests the government of Bashar al-Assad, backed by Russia, was behind the attack.

I sincerely hope a 48-hour ceasefire, which is allegedly supported by Russia, is put into effect immediately.

Citations: Heartbreaking footage shows dust-covered Syrian boys crying and clinging to each other after their brother is killed in an airstrike (Daily Mail)