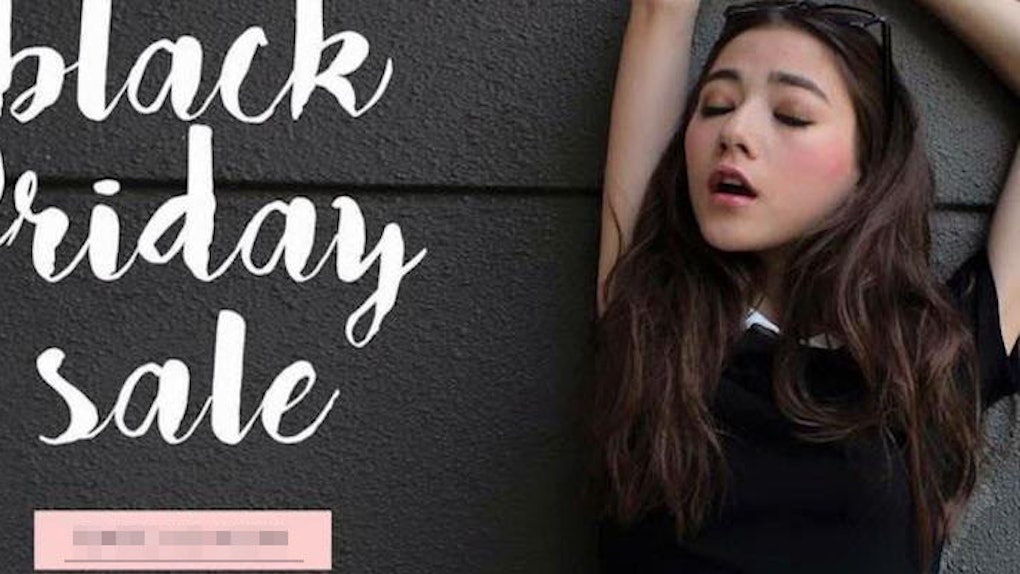 SuperGurl probably pushed the line, like, a little too far when earlier this week, it literally said to its customer base, “Rape Us Now.”

The Singapore-based online fashion retailer received a ton of backlash after it posted the wildly inappropriate banner ad on its website on Monday in honor of Black Friday sales.

I am writing this to express our sincerest apologies pertaining to our insensitive action and the choice of word – rape... Posted by SuperGurl on Monday, 30 November 2015

We do not mean for it to be offensive to anyone, and I extend my sincerest apology for the lack of a better word. As the director of the company, I have failed to review my graphic designer's work before approving the image to be displayed on our site. I hereby acknowledge that we have made a mistake, and that our caption does not advocate the right values to the young women community today.

Having regretted for what we have done, the team at Supergurl will definitely be more careful with what we will put up in future as this is also a lesson learnt for us. This is an honest mistake that we have made on our side, and we do know that it is indefensible. We hope that the public will accept our apology for what we have done wrong.

Commenters on the Facebook apology don't seem to be as forgiving as SuperGurl presumably would like them to be.

On the plus side, if you thought you had to go to stores on Black Friday to feel bad for humanity, you can now do that online.