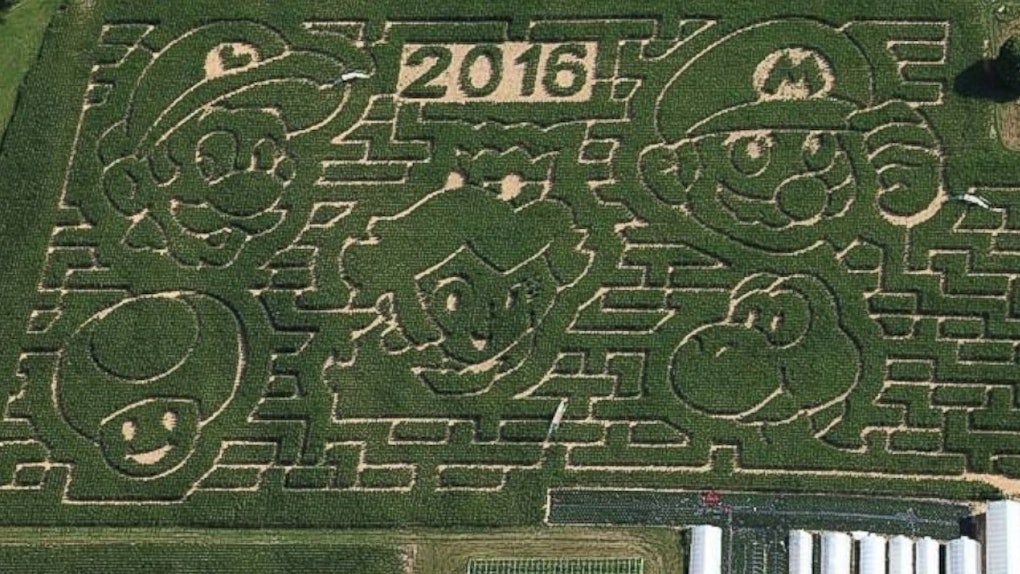 This Super Mario Bros. Corn Maze Will Get You Hyped For Fall

It's August, which means that every morning we collectively wake up, look through the slits of our window blinds and ask ourselves...

Well, the answer is no, unfortunately, but it's almost here, and the proof comes from an impressive Super Mario Bros.-themed corn maze (guess you can't call it maize maze, huh?) that's popped up in upstate New York.

Every year at Loughton farm in Newark Valley, New York, owner Tim Stoughton and his wife erect a maze that's roughly the same size and scale of "Labyrinth."

Is Tim essentially Jareth in this analogy? Sure, why not?

This year, Tim's wife chose the Mario theme and this new aerial photo shows just how epic this grandiose puzzle is.

The maze that's every Nintendo fan's wet dream was designed by a company in Utah and then built by Stoughton and his team.

Personally, I'm not so amazed by mazes. Usually, they start out fun, but by the end, I'm usually like...

"GET ME THE FUDGE OUT OF HERE."

But, for this maze, I'd make an exception.

Loughton Farm usually receives 10,000 visitors a year, and, thankfully for people terrified of getting lost in mazes, you can still see over the corn.

It won't do anything, but it might be a comforting mantra.

Will you pay Loughton farm a visit this fall? Come on, do it for Mario!