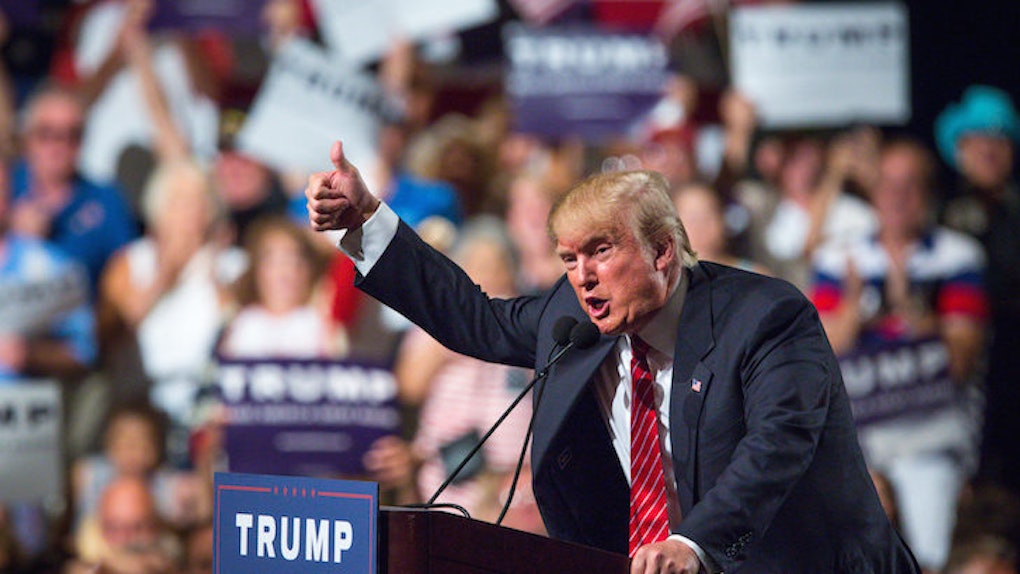 The Facebook page of Donald Trump features more grammatical mistakes from supporters than the page of any other candidate.

Private company Grammarly scanned 180 "positive and neutral" comments on each of the 19 candidates' Facebook pages for problems like misspelled words, incorrect or missing punctuation and incorrect use of subjects and verbs in relation to each other, according to The Washington Post.

Comments featuring slang words, commas in a series, overly negative rhetoric or less than 15 words were not analyzed.

The most grammatical errors were committed by Donald Trump supporters, who made 12.6 errors for every 100 words.

A few examples from the comments on Trump's latest Facebook posts include:

I guarantee some people all over America has said the same exact words. When someone is right, that is when you come out and stand up for them. GOD WILL ELECT Donald J. Trump eye PREDICATE a LANDSLIDE victory.

Coming up in the rankings right behind Trump were fellow Republicans Rick Santorum with 11.5 grammar errors per 100 words and Marco Rubio with 8.8 mistakes per 100 words.

The five Facebook pages with the least grammatical errors belong to the Democratic candidates.

The candidate with the most grammatically correct Facebook page is Democrat Lincoln Chafee.

ThinkProgress noted Republican Facebook pages are more likely to contain errors because the party has more candidates, many of whom have more supporters on Facebook than their Democratic rivals.

It's probably not a coincidence, however, the candidate whose page has nearly as many grammatical errors as Trump's once called President Obama a "snob" for saying every kid in America should go to college.