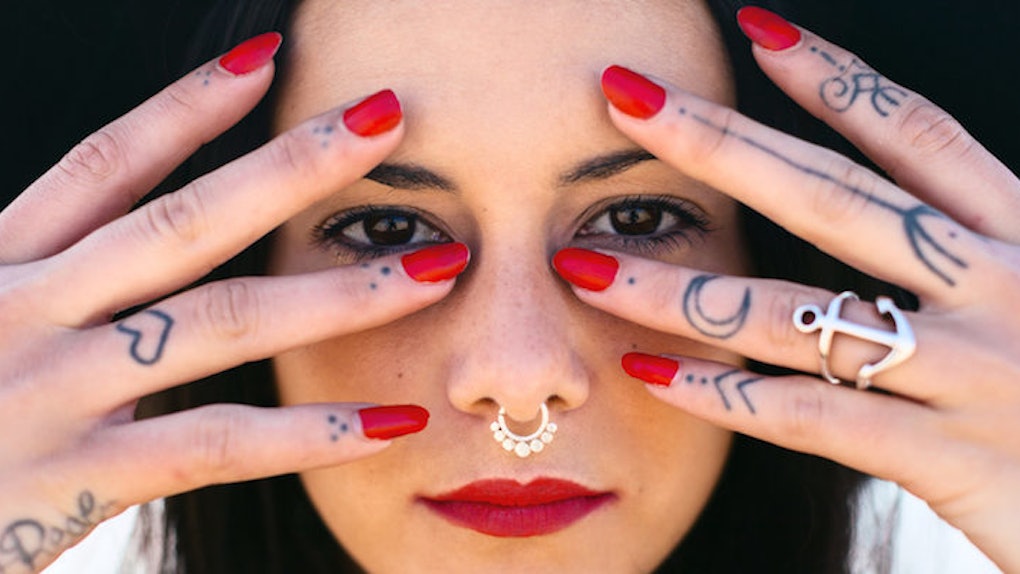 Science Says People With Tattoos Are More Likely To Be Aggressive

People with tattoos tend to exhibit more aggression and anger than those with no body ink at all, a new study found.

According to Daily Mail, Viren Swami, a professor of social psychology at Anglia Ruskin University in England, enlisted 181 women and 197 men between the ages of 20 and 58.

Of the total participants, 97 had at least one tattoo.

Researchers found no notable difference in educational backgrounds between those with tattoos and those without, and neither group was more likely to become more actively violent than the other.

To gauge their rebelliousness, the participants were also presented questions regarding how they would react to certain situations. One such question, which measured "proactive rebelliousness," asked,

If you are asked particularly not to do something, do you feel an urge to do it?

The results showed no real discrepancies in levels of "proactive rebelliousness" among the participants.

When asked how they would respond to being scolded by an authority figure, people with tattoos were more likely to display "reactive rebelliousness" and say they would "get angry and argue back."

Participants with more tattoos were more likely to say they would react in this manner than those with one or few tattoos.

Professor Swami suggested by accumulating tattoos in response to experiences, one might become more accustomed to "defiant" behavior and therefore more likely to react with defiance in general.

One explanation is that people who have higher reactive rebelliousness may respond to disappointing and frustrating events by getting tattooed. That is, when these individuals experience a negative emotional event, they may be more likely to react by pursuing an act that is seen as defiant. The act of tattooing is perceived as rebellious, or more generally tattoos themselves can signify defiance or dissent.

On the other hand, he described "proactive rebelliousness" as "hedonistic and goal-driven."

Swami said such views might be "at odds" with getting a tattoo because body art may reflect the "pain and permanence" that comes with a darker, angrier outlook on life.

This study was originally published in Body Image.

Citations: People with inkings are more likely to be rebellious and angry study claims (Daily Mail)