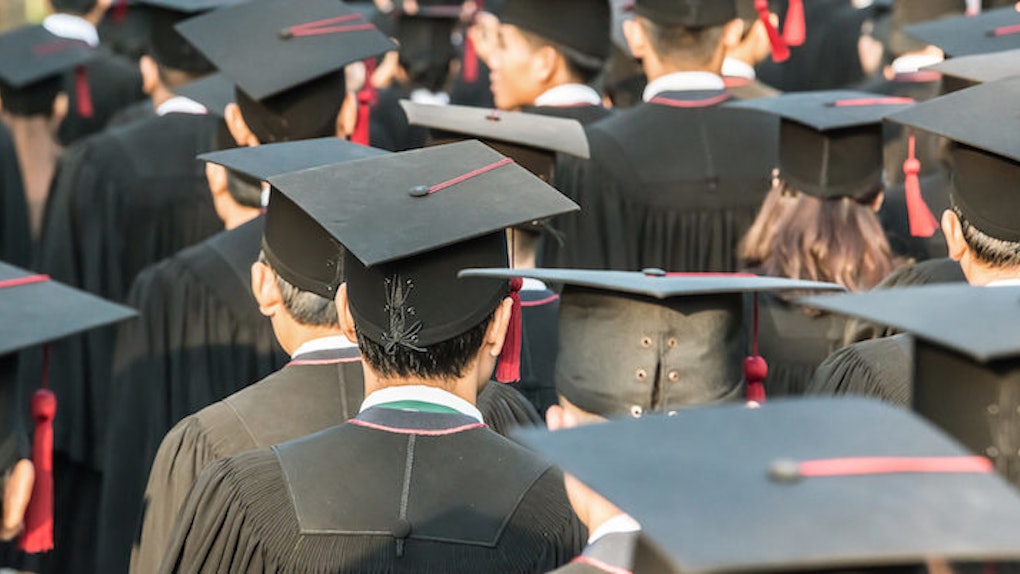 The rise in student debts and rent prices may prevent members of the class of 2015 from retiring until they are 75 years old.

NerdWallet investing manager Kyle Ramsay said these payments could diminish one's savings for the future by 32 percent, or almost $700,000.

If the average student-loan debt is applied to a 23-year-old earning the current median starting salary of $45,478, that individual will not be able to stop working at the current average retirement age of 62.

He or she will instead most likely be 75, two years older than the predicted retirement age for the class of 2013.

Graduates are being forced to shell out more money. This puts them in a tough position because not only are they unable to save early, but they're losing out on earning interest on those savings.

Rent prices reportedly increased 11 percent over the past three years, possibly explaining why individuals are now waiting until they reach the median age of 33 to buy their first homes.

College graduates who live at home until they are 25, however, may save so much money they'll get to retire at 70 instead of 75.

NerdWallet advises new graduates to contribute to their 401(k)s so they receive the maximum amounts of money matched by their employers. Workers should then make regular contributions to individual retirement accounts, which traditionally tend to be cost-efficient.

Compound interest is a powerful force that can build a comfortable nest egg. For example, if a 23-year-old invests $10,000 at a 6 percent return today, it could be worth twice that amount by the time he is 35 years old and 20 times that by the time he is 75.

It seems the best way for Millennials to avoid having to retire just a decade or so before they die is to conquer their widespread fears of investments triggered by the economic recession.

Should the average 23-year-old decline the 6 percent investment return mentioned by Ramsay, he or she could miss out on over $300,000.