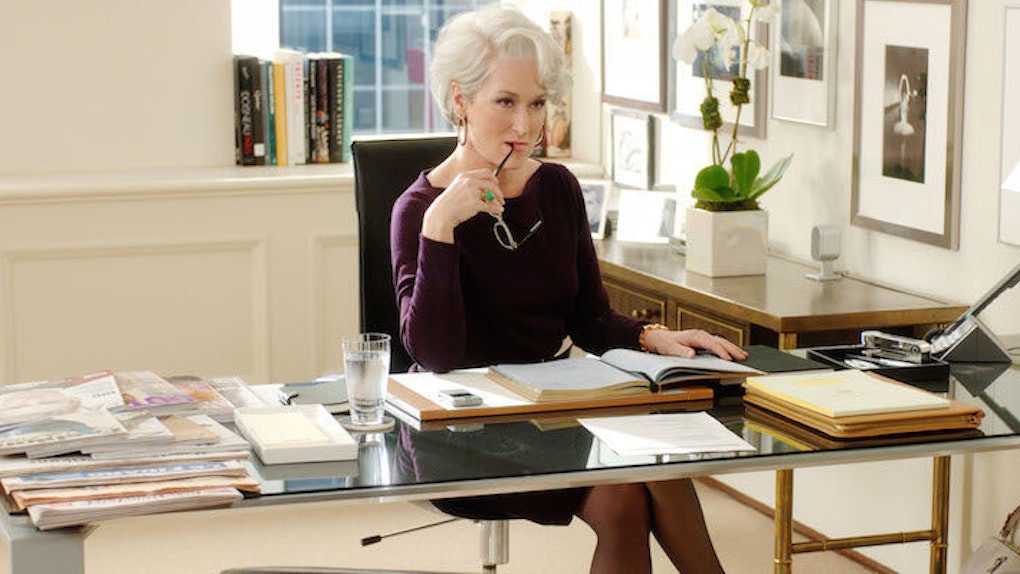 Here's something interesting for all you powerful ladies to chew on: Apparently, acting like a boss in the workplace spikes your testosterone levels significantly.

This comes from a new study conducted out of the University Of Michigan asking a group of men and women to fire people on two different days and in two different ways -- this was staged, it wasn't real life.

According to New York magazine, in the first scenario, participants were told to be "mean" in their firing methods. In the second, they were told to fire employees in "nice" and "unsure' ways. Their testosterone levels were measured before and after the scenes on both days.

Men, who already produce 10 to 20 percent more testosterone than women, reportedly only saw a 3 to 4 percent increase in testosterone levels during these fake firings.

Women, on the other hand, saw a 10 percent average increase in testosterone levels.

What can we take from this? Well, the small study seems to indicate all women have to do is assert themselves to see spikes in their testosterone levels, possibly meaning men simply have more testosterone because they're conditioned to act in aggressive, assertive ways.

In other words, feeling powerful at work might not be biological at all. Bring on the lady bosses!

Now, if we could just get office temperatures that don't leave women constantly cold at work. We'll take things one step at a time, though.