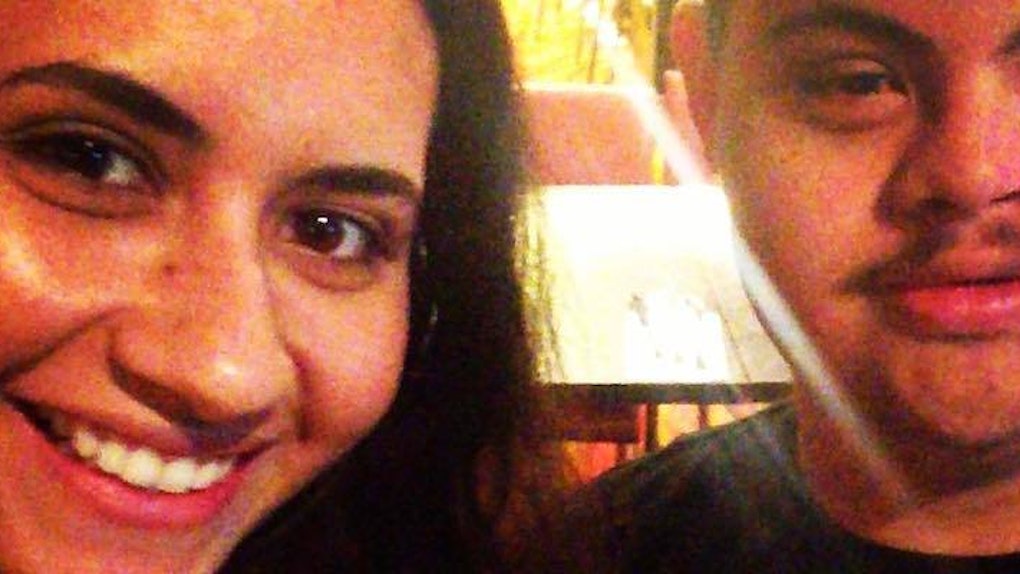 James Milne, the 21-year-old customer, was attempting to enter a JB Hi-Fi retail store in Brisbane, Australia when he was stopped by security guards, The Guardian reports.

The manager of the store told James and his father they couldn't come in, claiming James was banned and the store had his photo on file.

When Mr. Milne alerted the manager of this, the manager allegedly dismissively said, "they look the same," and continued to not allow James to enter the store.

I have never been so disgusted and mad in my life. Today at JB HiFi Mt Ommaney, when my dad and my brother (who has Down... Posted by Victoria Milne on Monday, September 21, 2015

The post was uploaded on Monday and immediately went viral, receiving over 140,000 likes and garnering more than 85,000 shares.

Richard Murray, chief executive of JB Hi-Fi, sent a letter of apology to Victoria and posted the following to the company's Facebook.

JB Hi-Fi apologises for any distress caused to James and his family.We take feedback from our customers very seriously.... Posted by JB Hi-Fi on Monday, September 21, 2015

Victoria rejected Murray's letter and posted her disgust with the seemingly half-hearted response JB Hi-Fi sent to her and her brother.

I had a brief chat to Richard Murray, CEO of JB Hi-Fi. He was adamant that the Manager of JB HiFi was very distressed.... Posted by Victoria Milne on Monday, September 21, 2015

JB HI-FI STATEMENTJB Hi-Fi is committed to providing all customers with the best possible shopping experience.We... Posted by JB Hi-Fi on Monday, September 21, 2015

Despite requests from the family and the Down Syndrome Association of Queensland, the store manager did not apologize for his actions.

James' father is currently seeking legal advice on how to proceed with getting an apology while Victoria would just like to see the manager axed from the store.