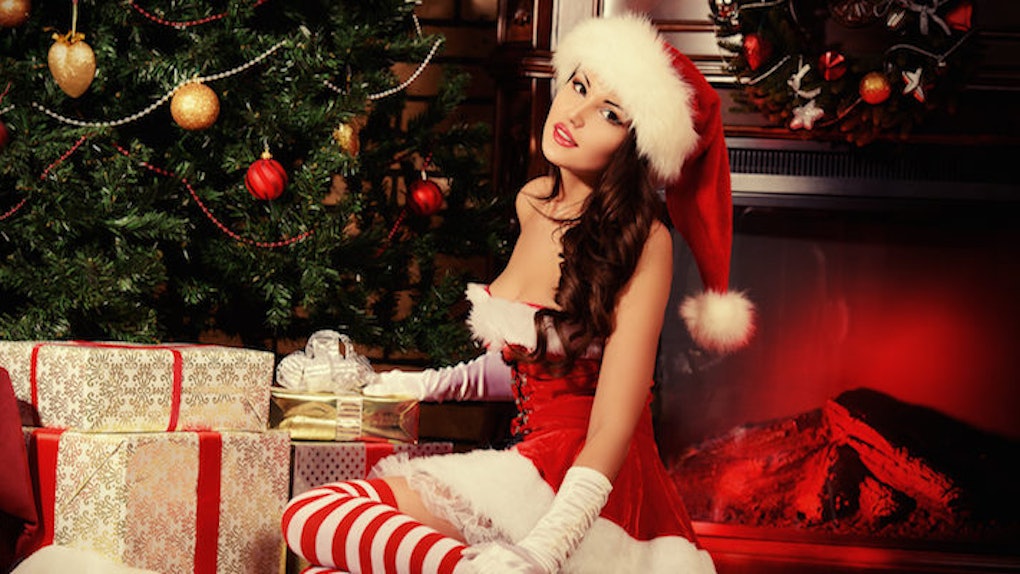 If you thought Mommy was the only one who liked kissing Santa Claus underneath the mistletoe, you're in for a surprise.

Apparently, unfaithful, middle-aged mothers aren't the only ones who have the hots for a jolly, fat fella dressed in a red suit.

Yep, it turns out there's actually a lot of people who get turned on by the thought of doing naughty things to St. Nick during the holiday season.

Santa isn't just a turn on for ladies that like romping around the Christmas tree, either.

So yeah, I guess it's safe to say everyone is dreaming of a white Christmas.

Apparently, the number of people waiting for Santa to slide down the chimney and empty his sack dramatically increases around 2 am on Christmas morning.