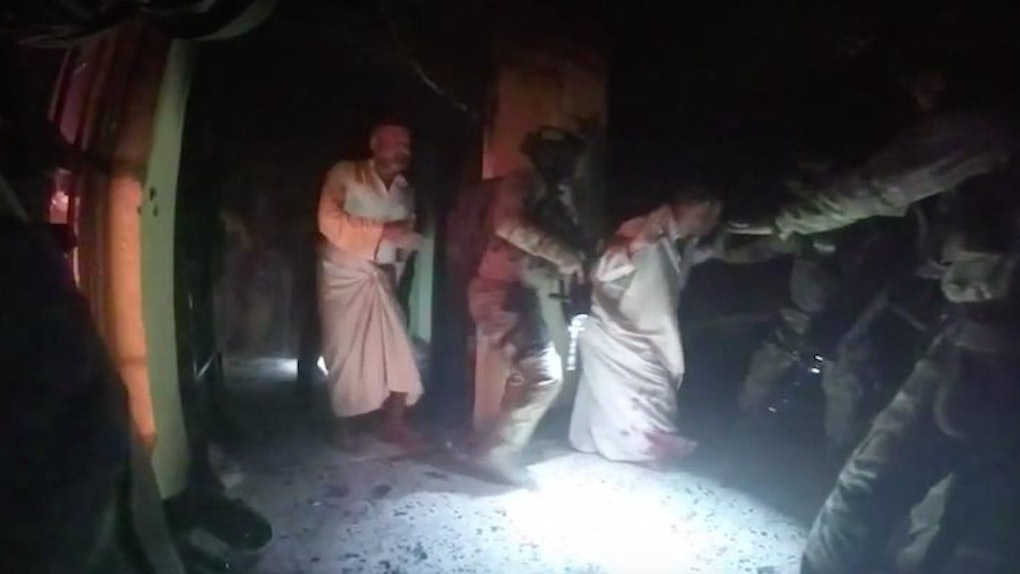 Footage has been released by northern Iraq's Kurdish government showing US and Kurdish troops freeing several prisoners from the Islamic State.

According to CBS News, the US launched the pre-dawn rescue mission on Thursday after learning mass graves had been constructed in the prison, which was located in Hawija, Iraq.

The 30 or so Delta Force soldiers were originally only supposed to provide backup from the air for the over 40 Kurdish troops, but the US forces found themselves in a ground battle when their allies appeared to be overwhelmed by the Islamic State's firepower, The Washington Post reports.

In that support role, they are allowed to defend themselves and also defend partner forces and to protect against the loss of innocent life.

Approximately 20 of the 70 rescued hostages were members of the Iraqi army while others were local residents and even members of the Islamic State who were set to be executed after being accused of spying.

Some of the hostages later said their captors told them they were scheduled to be executed that day.

More than 20 members of the Islamic State were killed in the raid while six more were arrested, according to Daily Mail.

American troops previously hadn't participated in ground fighting in Iraq since the US began its air campaign against the Islamic State in August 2014.

The raid also resulted in the first American casualty due to combat in Iraq since 2011: Army Master Sgt. Joshua L. Wheeler, 39, of Roland, Oklahoma.

In the helmet camera footage, a series of hostages are seen running out of the prison as gunfire rings out and someone repeatedly shouts, "Let's go!" in Arabic.

The final minute shows the hostages being frisked and then moved to a safer location.

Citations: Dramatic rescue of ISIS hostages shown on helmet cam (CBS News), Extraordinary footage shows the moment 70 terrified hostages are freed from the clutches of ISIS by US special forces - who tragically lost one of their own in the raid (Daily Mail), Helmet camera footage shows joint U.S. Delta Force-Kurdish raid to rescue Islamic State hostages (The Washington Post)