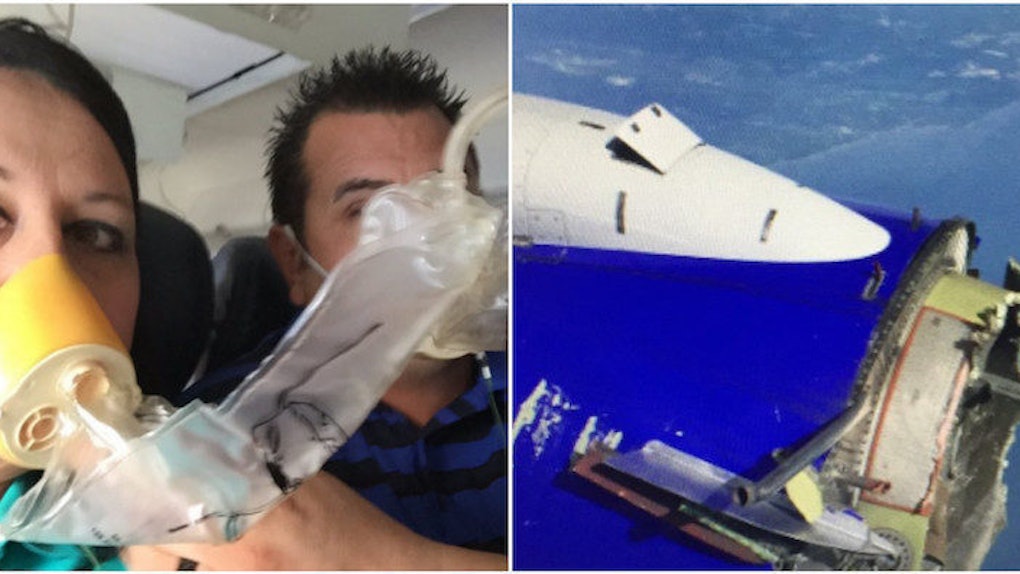 A Southwest Airlines plane was forced to make an emergency landing after one of its engines began to tear apart in the sky.

Terrifying pictures show metal ripping away from the aircraft during a flight from New Orleans to Orlando, Florida on Saturday.

Here's what the airline called a "mechanical issue":

Stephanie, one of the 99 passengers on board, took a photo of herself with a man wearing oxygen masks that had dropped as the plane prepared to make an emergency landing.

The plane diverted from its course and safely landed at Pensacola International Airport with no reported injuries, CNN reports.

Once the plane landed, the extent of the damage became even more clear.

Southwest said in a statement,

Today, the Captain of Flight #3472 from New Orleans to Orlando made the decision to divert to Pensacola due to a mechanical issue with the number one engine.  The flight landed safely without incident at Pensacola International Airport at 9:40 am central time. Initial reports indicate there were no injuries among the 99 passengers and five crew members on board. We have notified the NTSB, and when authorized, we will be inspecting the aircraft to assess the damage.  The aircraft is out of service, and we will work to accommodate the passengers to Orlando or their final destination as soon as possible.

The National Transportation Safety Board confirmed it is investigating the incident in a tweet.