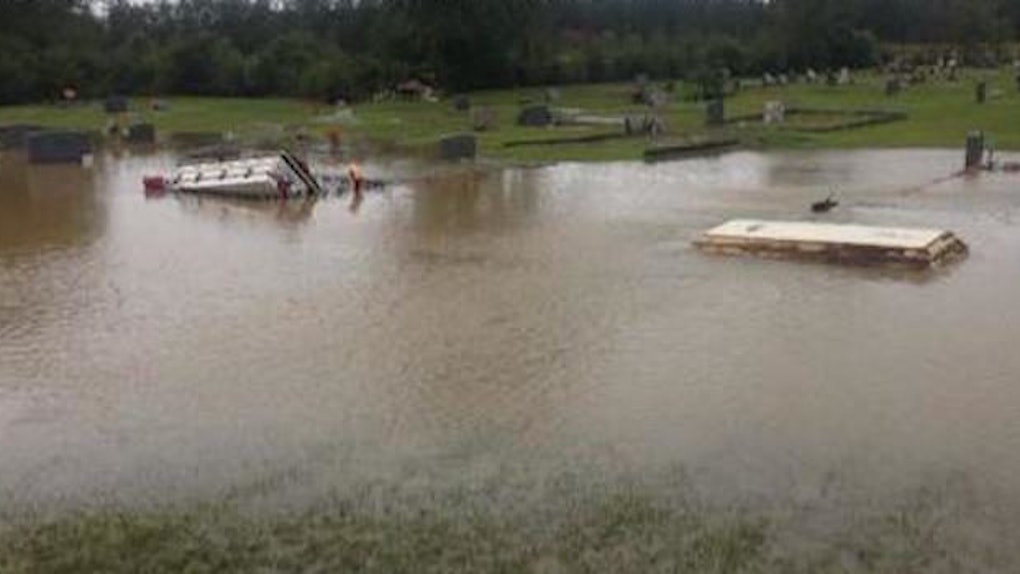 The catastrophic flooding in South Carolina spread to at least one cemetery over the weekend causing coffins to float to the surface and drift along the water.

According to CBS Atlanta, several coffins rose from the depths of Springfield Cemetery in Orangeburg, South Carolina.

The coffins were reportedly pushed up by the water pressure...

...and toxic chemicals used for embalming could now be in the water.

The storm brought forth in part by Hurricane Joaquin reportedly killed at least seven people, with some areas in South Carolina experiencing more than two feet of rain.

Columbia, South Carolina received more rain on Sunday than ever before on a single day, and hundreds of thousands may be left without drinking water.

We haven't seen this kind of rain in the low country in a thousand years.