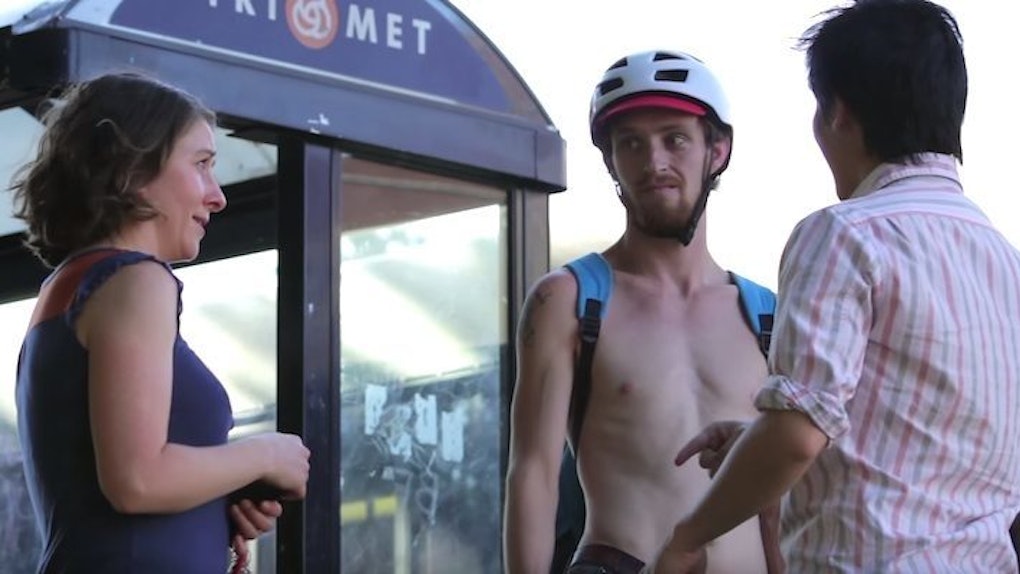 As it turns out, random bros always have your back and are shockingly great at improv.

We've all been in circumstances where our friends quickly whispered, “Just go along with this,” and then introduced us into a crazy situation where we had to defend and vouch for every word out of our friend's mouth, no matter how insane those words ended up being.

I once had to help my friend convince his mom he worked at a Starbucks because he missed his second cousin's wedding. Then I had to continue to act like he was a barista any time I was around his mom to keep the lie going.

I even went along with how he decided to get fired from this imaginary Starbucks in order to get out of going to some other cousin's wedding.

My friend did not like his cousins or weddings, and I was there to back him up any way I could.

But what if the person asking me to do this was just some random guy who came up to me in the street? Would I be so ready and willing to help out, especially if this guy was asking me to help him lie to his girlfriend?

As this video shows, yeah, probably.

Citations: This Depressing Video Shows How Quickly Strangers Will Back Up a Dude Who Lied to His Girlfriend (Cosmopolitan)