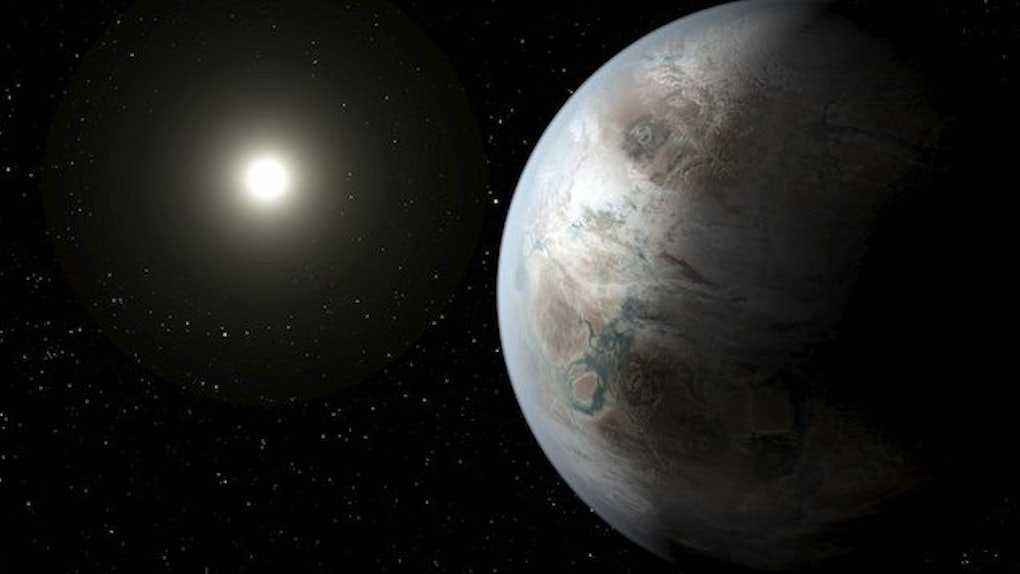 Scientists are investigating an epic discovery — they believe there might be a ninth planet in our solar system.

And no, I'm not talking about Pluto.

Right now, they're calling it Planet Nine, which is a cool name for what could be a hugely impressive world — it is believed to be about ten to 20 times the size of Earth.

But little is known about Planet Nine, including if it truly exists, as the giant planet is hidden in the outskirts of the solar system.

However, scientists believe they have uncovered new evidence pointing towards the planet's existence.

A study published by researchers from the Astrofísica de Canarias and Complutense University of Madrid in Spain states an asteroid broke in two after smashing into a huge object beyond Pluto's orbit.

Julia de Leon, one of the authors of the paper, wrote,

The similar spectral gradients observed for the pair (2004 VN112 and 2013 RF98) suggests a common physical origin. We are proposing the possibility that they were previously a binary asteroid which became unbound during an encounter with a more massive object.

The collision is thought to have occurred between five and ten million years ago, and possibly involved the mysterious Planet Nine, which is believed to take 10,000 to 20,000 Earth years to orbit the sun.

In short, it's way cooler in Pluto, which is ancient history by this point, since it lost its designation as a planet.

This might be an unpopular opinion, but why have we been celebrating a big chunk of rock disguising itself as a planet for all these years? Screw you, Pluto!

However, some scientists want to bring Pluto back — meaning, with Pluto and Planet Nine, there could be ten worlds in the galaxy.

The New York Daily News reported a team of scientists want to redefine what "planet" means to benefit our old friend, Pluto.

So no one knows what a planet is any more, and there could be a giant, hulking world lurking in the shadows of the solar system.

One thing is for sure — the galaxy is a complete mystery. *X-Files theme music*