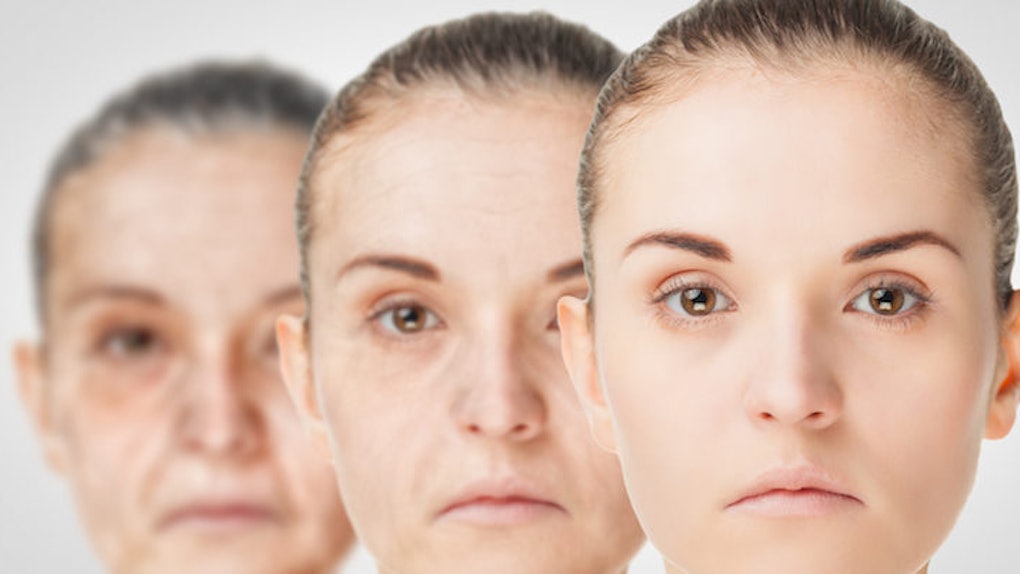 It's been a pretty rough year, and a lot of people have been sharing hilarious "me at the beginning of 2016 vs me at the end of 2016" memes as an expression of how stressed we've all been.

We've all definitely aged at least a few years as a consequence of how miserable 2016 has been.

But all the wrinkles we developed over the past 12 months might actually be reversible, according to science.

We've got some positive news in 2016! Who knew this was even possible?

Scientists at the Salk Institute in La Jolla, Calif., are now claiming the aging process might be reversible, The Guardian reports.

These scientists found a new form of gene therapy produced an incredible rejuvenating effect in mice.

The process is explained in the video below.

After a month and a half of treatment, these mice had a more youthful appearance, improved cardiovascular health, straighter spines and lived 30 percent longer.

The treatment also reportedly helped the mice heal faster after getting injured.

Juan Carlos Izpisua Belmonte, who led the team of scientists who made this discovery, stated,

Our study shows that aging may not have to proceed in one single direction. With careful modulation, aging might be reversed.

But here's the bad news: This treatment is not ready to be used by humans quite yet, and the scientists claim it will be at least another 10 years before clinical trials.

To be clear: This discovery does not mean scientists have discovered the secret to immortality (sorry).

The scientists do not believe they've discovered a way to permanently prolong life, but it may help increase life expectancy.

We believe that this approach will not lead to immortality. There are probably still limits that we will face in terms of complete reversal of ageing. Our focus is not only extension of lifespan, but most importantly, health-span.

Regardless, this is an absolutely amazing scientific development.